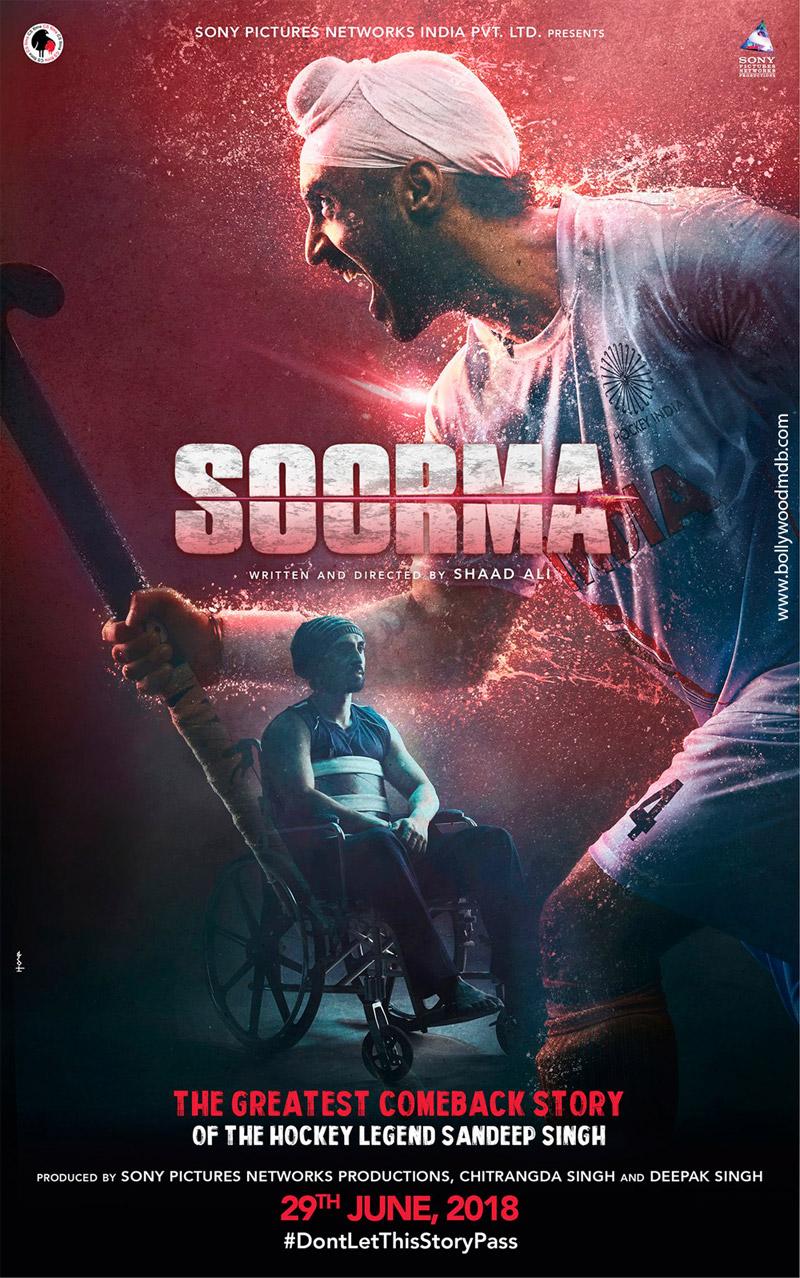 The upcoming biographical film Soorma, which stars Diljit Dosanjh and Taapsee Pannu in lead roles, has wrapped up its shoot before time. The whole cast and crew of the movie are elated to have completed the movie in advance. They even threw a mini shoot wrap up party. The last shooting schedule of the movie took place in Belgrade and was wrapped up before the allotted time. Taapsee Pannu, the leading lady of the film, took to Twitter sharing, “And that’s a wrap! From blazing goals to crazy cold! It’s packup for Team #Soorma .. See you in theatres on 29th June 2018! “.

Soorma is based on the life of hockey player Sandeep Singh, a talented hockey player, and ex-captain of the Indian National Team. The film highlights the story of how he made a comeback in Hockey after being accidentally hit by an accidental gunshot in a train in 2006, while on his way to join the national team, set to leave for the World Cup in Germany two days later. After a long time, director-producer Mahesh Bhatt will be seen …