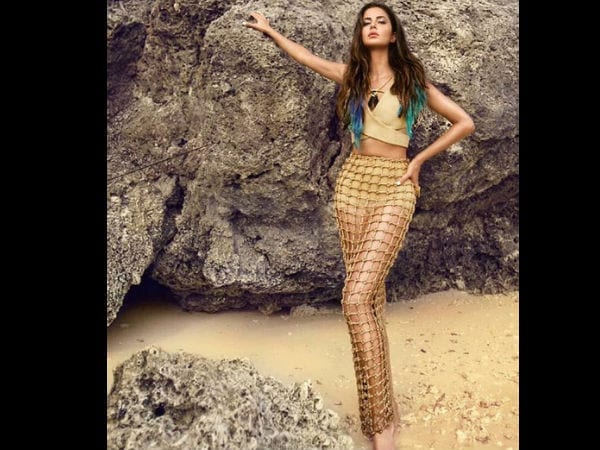 Working with the three Khans of Bollywood figures in every actress’ wish list and Katrina Kaif has been a lucky girl in that matter.

The gorgeous actress was last seen opposite Salman Khan in Tiger Zinda Hai and has Aamir Khan’s Thugs Of Hindostan and Shahrukh Khan’s Zero. But do you know that Kat has a dream role that she wishes she gets a chance to portray on screen? Scroll down to read more…

The leggy lass told DNA that she has not been a Bollywood buff while growing up but she still loves classic Hindi flicks.

Katrina told the daily, “I love watching old Hindi films. Some of my most favourite ones are old classics.”

Katrina Wants To Be Anaarkali

“Maybe a Mughal-E-Azam. I would love to be part of the film, if it’s made again,” quipped Katrina when asked about the classic in which she would love to star in if it’s ever remade.

Why Does Kat Want To Be A Part Of This Tragic Love Story?

To this, she replied, “It’s beautiful and ethereal. The whole world amazes me. So, I would love to play Anaarkali.”

Katrina further adds, “There’s a side of me who would rethink about remaking a classic which is as loved as Mughal-E-Azam.”

What Makes Katrina Take Up A Project?

The actress was recently quoted as saying to Mid-Day, “If I like the team, technicians and story, I’ll do a film. It doesn’t matter if I am the only one in it or there are 25 other actors.

Hollywood superstar Will Smith, who was on his fourth trip …

Priyanka Chopra and Nick Jonas are the talk of the …

Bollywood actress Zarine Khan has been reported to have met …

Sohail Khan hosted a birthday bash for his son Nirvan …

The day that we’ve all been waiting for has finally …

The much awaited guest of Anushka Sharma-Virat Kohli’s reception, PM …

Isha Ambani and Anand Piramal are officially married as the …