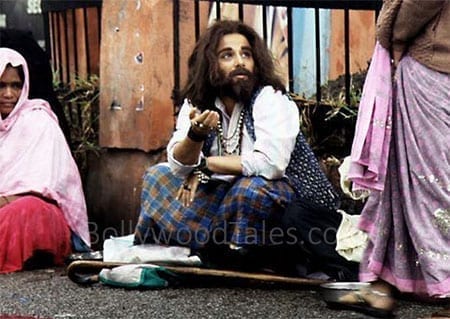 Vidya Balan in a Bobby Jasoos

Recently rumours about Vidya Balan’s pregnancy occupied news channels. There were also talks about her troubled marriage since the start of this year. People even gossiped about the possibility of her divorce with her husband.

The allegations were not baseless as her husband Sidhdharth Roy-Kapoor was seen getting close to a newbie actress off late. He was spotted with her on many occasions and was seen promoting her heavily. We heard that Vidya is now cancelling all her overseas assignments and trying to be as close to her husband as possible to keep a watch on him.

However Vidya has strongly denied this and requested media to stop spreading the false news surrounding her personal life. These days she is attending parties and functions with her husband hand in hand to tell the world that nothing has been wrong between the couple.

Recently during a promotional event of her upcoming film ‘Bobby Jasoos‘ where Vidya is playing a role of a private detective, she was asked if she is also following the practice of detective to keep a tab on her husband. Vidya strongly replied that her husband is a very innocent person to be kept watch upon.

When asked if she has also acted as a detective in real life as well, she stated “doing just a bit here and there”. Meanwhile the trailer of her film ‘Bobby Jasoos‘ has been released and has received much appreciation from the viewers. Vidya will be seen as Bobby, a girl trying to establish herself as a detective in Hyderabad city. She is seen speaking fluently in Hyderabadi accent and it seems that Vidya has taken extra efforts upon her tone and language.

After two back to back flops with ‘Ghanchakkar‘ and ‘Shaadi Ke Side Effects‘, Vidya Balan is now desperate for a big success.

Hello folks!! here we are again with a new spicy … Acting is much more than just learning lines and delivering …