Home
Bollywood Facts File
SHOCKING! Parineeti Chopra Admits That She Can Even KILL For This Person 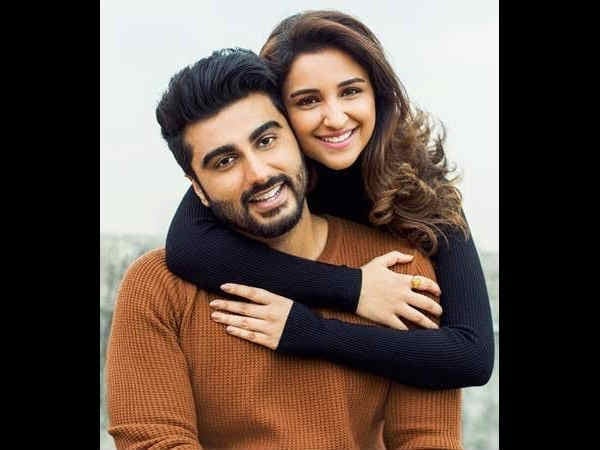 Now, that’s quite a bold statement, isn’t it? Well, we will tell you why Parineeti Chopra revealed her dangerous side while talking to a leading daily.

She was quoted as saying to DNA, “Arjun is lucky. He gets to work with me in two back-to-back films again.”

Parineeti further added, “My relationship with Arjun is such that I can kick him and tell him, ‘Just shut up and behave yourself’. He can do the same with me as well. That’s because we share a very special bond.”

On How They Struck A Friendship

“Both of us bonded at a very vulnerable time in our lives. His mom was ill when Ishaqzaade was coming out and I wasn’t even an actor by then because Ladies vs Ricky Bahl had not released when we were shooting that film,” quipped Parineeti.

The actress claimed, “If anybody says anything negative about him, I’m there in the front row, fighting for him and defending him. I can even kill for him. I can’t hear anyone saying anything bad about Arjun because I have this undying love for Arjun.”

Karan Johar recently announced that Parineeti has been finalized to play the leading lady in Akshay Kumar starrer Kesari. The film is based on the battle of Sargarhi which took place in 1897 between the Sikh soldiers in the British

Naseeruddin Shah believes cinema serves as a record of times …

The Rock On 2 star Farhan Akhtar is in Delhi …

Even though the life of Sanjay Dutt is like an …

Parineeti Chopra is really happy for her cousin Priyanka Chopra, …

Harshvardhan Kapoor, who will be playing the role of Olympic …

Ranveer Singh- Deepika Padukone’s nuptials have been the talk of …