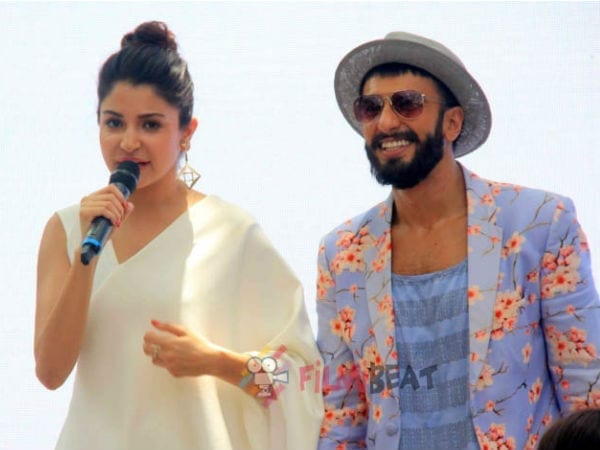 Both Ranveer Singh & Anushka Sharma are products of YRF and both are actors are extremely hard-working and talented. The duo has already carved a niche for themselves.

Interestingly, Ranveer & Anushka were couple and they dated each other for a couple of years. However, things didn’t work out well between them and they ended up parting their ways.

Recently, while talking to Forbes India, Ranveer talked about his equation with Anushka and told, “It’s wonderful to see how far she has come. She was always amazing as an actor, but her craft has gotten more solid. She’s also come into her own as a person. She’s comfortable with herself and clear about her choices.”

Ranveer also revealed that Aditya Chopra cites Anushka’s example and tells him to do the right things constantly. He said, “Tu nalayak hai… seekh kuch Anushka se… (You are useless, learn something from Anushka).”

Aishwarya Doesn’t Give A DAMN About Salman’s Stardom; Ready For A BOX-OFFICE War

Speaking about his equation with Anushka, Ranveer concluded by saying, “But we share a great camaraderie. She’s an honest person, almost to a fault.”

We loved the honest talk of Ranveer about Anushka. What about you? Do tell us in the comments section below.

On a related note, tonight (December 26, 2017) the wedding reception of Anushka & Virat will take place in Mumbai and many B-town celebs are expected to be seen in attendance.

The Baadshah of Bollywood, Shahrukh Khan has entertained the audiences …

Recently, Rishi Kapoor dropped a devastating news when he confirmed …

A few days ago, Shweta Bachchan was seen bonding with …

Actor Sapna Pabbi has opened up about an uncomfortable experience …

Nana Patekar was a part of Akshay Kumar’s Housefull 4 …