Home
Bollywood Facts File
Update On Dutt Biopic: Anushka Sharma Is The Only Fictional Character Of This Ranbir Kapoor Starrer 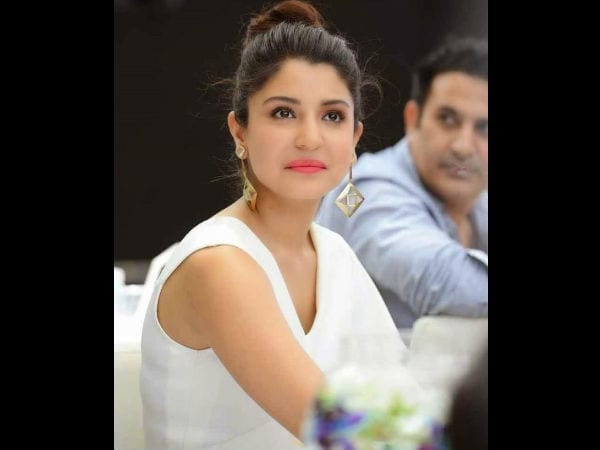 Ranbir Kapoor’s Dutt biopic is one of the most awaited movies of the year after Padmavati. The day, when Ranbir’s first look got leaked on the social media, fans are desperate to watch the film.

Now, we have a new update about the film and it’s related to Anushka Sharma’s character in the film. Wanna know what it is? Keep reading!

A source told Pinkvilla, “Unlike her contemporaries, Anushka had never done a special appearance so far. However, she immediately said yes to Raju Hirani when he approached her for the Dutt Biopic.”

“Anushka and Raju share a really special bond and Anushka looks up to the director for his amazing body of work. Raju Hirani has a huge regard for Anushka’s acting and he was sure that he wanted no one but her for this extremely important special appearance in his film.”

Aishwarya & Kajol Are The Answers To The Industry’s OBSESSION With The Khans!

“Dutt Biopic will, thus, be Anushka’s first special appearance as she wants to support Raju Hirani and was happy to stand by his vision for the biopic.”

The source further added, “Interestingly, Anushka’s character in the biopic is the only fictional character. Details of her character will be revealed by Raju in the course of the campaign.”

“Her character is extremely crucial in the biopic as everyone will find out when the campaign starts. Anushka went out of her way to adjust her personal commitment schedule as she had to fly to Bhopal and New York for the biopic.”

“Anushka has shot for 2 days in New York and 1 day in Bhopal. She made it happen despite being involved with her own hectic film shooting schedules as she would never say no to Raju Hirani. Raju, obviously, is extremely happy to

Abhijeet Bhattacharya has sung many popular songs for Shahrukh Khan. …

Priyanka Chopra sent her fans in tiizzy when she got …

Recently, in a conversation with DNA, when Jaya Prada was …

Despite all his professional commitments, Aamir Khan never fails to …

The moment, the pictures of Priyanka Chopra from fashion designer, …