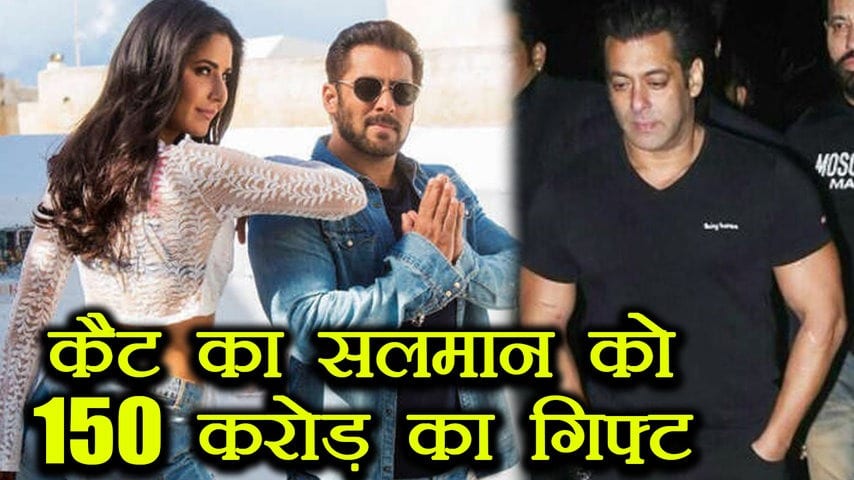 Salman Khan is basking in the success of his recently released film Tiger Zinda Hai. The movie crossed Rs 100 crore in just 3 days of its release.

But Salman Khan thinks the movie worked only because of his ex-girlfriend Katrina Kaif. Read what the actor told the media…

“Tiger Zinda Hai has worked because of only and only one reason – Katrina Kaif. Did you see the amazing action sequences she did in the movie?”

In an interview to Pinkvilla, Salman Khan said, ‘’When we were shooting for Sultan, there was some talk that there is a plot of Tiger. I wasn’t too keen on doing a sequel because to go above Tiger you need good production, but beyond that the plot has to be really good.”

When I Heard The Title

”I said let’s listen to the title first. The title was Tiger Zinda Hai. I said yes it is superb but I am not going to get impressed by just the title. Then he gave me the plot. Suddenly you hear the scenes, romance, action, sequences and it sounds exciting.”

”You hire the best action director in the world Tom Struthers who has done all Christopher Nolan’s films and Batman and everything.”

I Said Done When…

”When he narrated the plot to me and the main negative character, I said done! So, I knew that this is going to be on a different level altogether. So the most important thing is that making a sequel just for the

A picture of Priyanka Chopra, in her bridal avatar, sitting …

Most people find it difficult to pronounce his name, but …

Post the massive success of Sultan and Tiger Zinda Hai, …

Varun Dhawan is the latest celebrity to join the countdown …

Priyanka Chopra and Nick Jonas are all set to tie …

Salman Khan talks his mind and everybody knows that! Recently, …

Legendary actor Dilip Kumar has been admitted to Mumbai’s Lilavati …