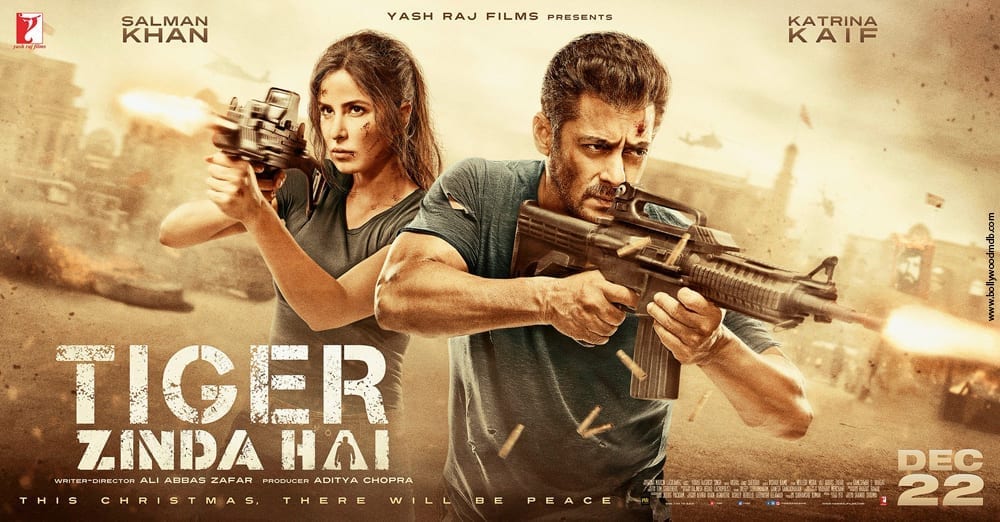 Salman Khan and Katrina Kaif starrer ‘Tiger Zinda Hai’ has entered in its fourth week run at the box office and it still is standing strong. Despite facing competition from three other films, the Ali Abbas Zafar helmed TZH pocketed Rs. 1.46 crores on its day 22. With the addition of its fourth Friday collection, the grand total of TZH has reached to a mammoth figure of Rs. 320.32 crores. The film is not only Salman’s third film in the elite 300 crores club, but it has also reached to the lifetime collection Salman’s highest grossing film, ‘Bajrangi Bhaijaan’ (320.34 cr.)

Salman’s all films in the prestigious 300 crores club:

Yesterday, 3 more films released, namely: Saif Ali Khan’s ‘Kaalakaandi’, Anurag Kashyap’s ‘Mukkabaaz’ and Vikram Bhatt’s ‘1921’, but seems like none of the films has affected the business of Bhai’s film. Looking at the fourth Friday’s collections, this weekend, TZH definitely has a chance to do a business of 5-6 crores and taking the tally to around 325 crores.

Today, TZH will surpass BB and will become the highest grossing film of Salman’s career. Bollywood ”Queen” Kangana Ranaut is all set to become a … Television actress Mouni Roy, who is all set for her …