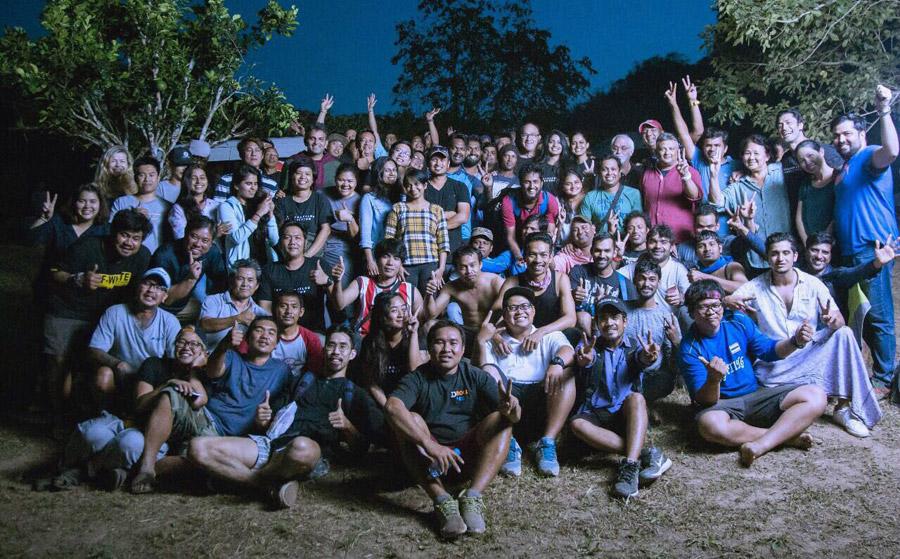 American writer and filmmaker, Chuck Russell, flew all the way from the US to India in search for fresh content and ended up collaborating with the commando of Bollywood, Vidyut Jammwal. Vidyut and Chuck joined hands for the film ‘Junglee’ and shooting of which commenced on December 5. In the film, Junglee aka Vidyut will be seen portraying a veterinary doctor who sets out to expose a poaching racket that kills his father and his herd of elephants. It is about a man who is extremely close to his elephant family. As the director wanted a real location with real animals, they chose to shoot the film in the Elephant capital of the world i.e. Thailand. Started on 5thDecember, Chuck and team, today, wrapped up shooting for the first schedule of the film.

A still from the sets of Junglee

Chuck Russell is an established American filmmaker who has given many blockbusters like, ‘Eraser’, ‘The Mask’, ‘The Scorpion King’, ‘A Nightmare on Elm Street 3: Dream Warriors’ and the cult movie, ‘The Blob’. Chuck has now shifted his base to Asian countries in search of new stories and content. He has few more Asian projects coming in the future.

‘Junglee’ is being produced by Junglee Pictures and is scheduled to release on Dussehra this year. Sanjay Leela Bhansali’s grand film, ‘Padmavat(i)’ was no doubt the …
Salman Khan is well known for his helping nature in … Ranveer Singh is no doubt the superstar in the making. … Actress Yami Gautam has been roped in to play the …