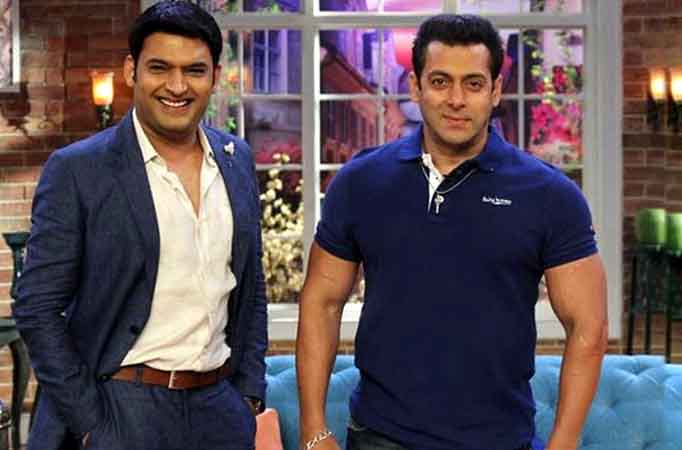 MUMBAI: Kapil Sharma is one of the most popular comedians. He is on cloud nine as the second season of The Kapil Sharma Show is doing wonders. Fans and audiences are enjoying the show a lot and it is reflecting on the TRP chart.

In fact, the second season of The Kapil Sharma Show, that aired its first episode on December 29 last year, had become the second most viewed television show in India within two weeks of its launch. Fans have been rejoicing and lauding Kapil ever since his stunning comeback on television. Also, unlike last season of The Kapil Sharma Show, this season, the comedian has been keeping himself away from all kinds of negative news.

According to the reports, Kapil has been apparently instructed strictly to stay out of controversies. Yes, latest media reports stated that since the show is getting good TRP now so Salman has strictly told Kapil not to do anything silly ever again.

Do you enjoy watching The Kapil Sharma Show? News When the cast of It’s Not That Simple was … News There’s a quiet side to Ranveer too: Deepika Padukone … News Shocking! Wasim involved in killing Pooja and Yash in …

News Adnan Sami returns with a single composed by Kunaal … News How Hina Khan wooed her for the role of …