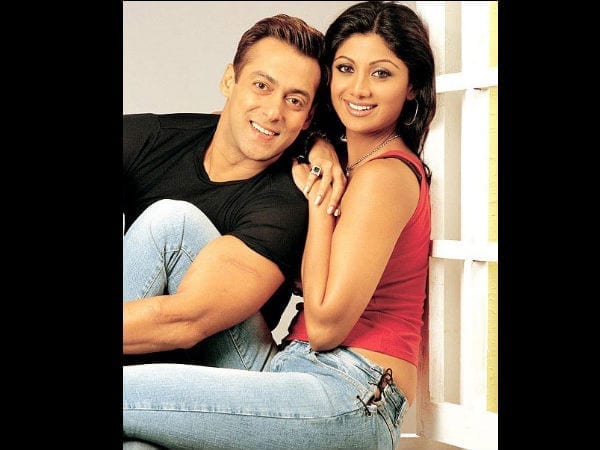 The National Commission for Safai Karamcharis (NCSK) has sought a public apology from actors Salman Khanand Shilpa Shetty for allegedly making derogatory remarks against the Scheduled Castes on a TV show.

The commission has sent a letter to both the actors, acting on a complaint that accused the actors of using derogatory words on a TV show which hurt the sentiments of the entire Valmiki community.

“The Commission desires you to tender an unconditional public apology for your remarks within a fortnight of receiving this letter failing which the Commission would be constrained to recommend appropriate legal action against you under relevant laws,” the letter by NCSK Deputy Director Varinder Singh said.

Last week, the National Commission for Scheduled Castes (NCSC) had issued a notice to the Information and Broadcasting Ministry and the police commissioners of Delhi and Mumbaiseeking action against the actors in accordance with the Scheduled Castes and Scheduled Tribes Prevention of Atrocities Act, 2015, within a week.

The NCSC had issued the notice after receiving a complaint from an ex-chairman of the DelhiCommission for Safai Karamcharis, Harnam Singh.

The remarks by the actors had sparked protests by the members of the Valmiki community in many parts of the country.

Shetty had also tweeted an apology, saying her words had been misconstrued and it was not her intention to hurt anyone’s feelings.

From Aaradhya Bachchan to AbRam Khan to Taimur Ali Khan, …

Model and actress Padma Lakshmi, who starred in Amitabh Bachchan …

Warina Hussain says she has found a dream launch in …

Priyanka Chopra’s marriage has become one hot topic of discussion! …

Virat Kohli never ceases to amaze the crowd with both …

As someone who has made a career out of playing …

Filmmaker Anurag Kashyap, who is embroiled in a legal battle …

As surprsing as it sounds, but we hear that Aishwarya …