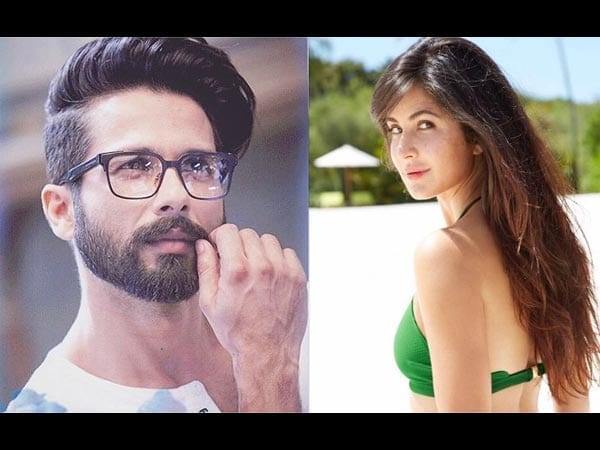 But as per a report in Mid-Day, Katrina Kaif has said no to the Batti Gul Meter Chalu even though she loved the script. Read the reason behind it below.

A source told the daily, “The director had given her a script narration. She loved the story and asked her team to work out further details. She has an equally strong role as she plays his friend, philosopher and guide. Kaif seemed to fit the bill. Also, this was the first time Shahid and she would be working together.”

Why Katrina Said No

“It’s a challenging role and the character mouths dialogues in a particular style as the film is set in Uttarakhand. Kaif would not just have to look the desi character, but also learn the diction, which would be tough given the time constraints, hence, she thought it would be better to say no right at the outset.”

”She was keen on being part of the project, but there was no way she could juggle the dates. She tried to work out the schedule, but it looked tough to fit in the prep along with the shooting of the two films (Aanand L Rai’s and Thugs of Hindostan).”

Katrina Loved The Subject But…

The producer of the film also stated, “We approached Katrina as she was our first choice. She loved the subject and the character. We were ready to work together, but there was a clash

Kareena Kapoor Khan is known for her outspoken nature and …

Bollywood newcomer Zaheer Iqbal is all set to make his … The Baadshah of Bollywood, Shahrukh Khan has entertained the audiences … Filmmaker Karan Johar believes becoming a movie star is not … Getting married was “something much more important” than a cricket …