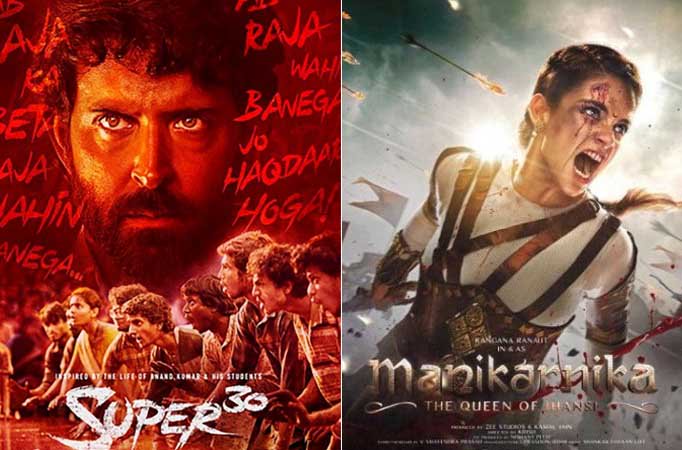 MUMBAI: Hrithik Roshan’s Super 30 and Kangana Ranaut’s Manikarnika – Queen of Jhansi were supposed to clash at the box office, but that is not going to happen now.

Earlier, there were reports that the team of Super 30 put the project on the back burner, because Vikas Bahl, the film’s director, was accused of wrongful behaviour with women.

However, the main reason for the delay in release is because the team is yet to shoot a few more portions.

A source close to the producer said to a publication, ‘They are likely to shoot further and add incidents to the Anand Kumar saga that were not used earlier. Anand Kumar is not just a great mathematician. There are many sides to his personality that were not fully explored in the biopic. They are now looking at expanding the bandwidth of the biopic.’

In fact, Anand Kumar himself said in a statement to the publication, ‘Many things have happened. I was attacked from many sides. Recently, my brother suffered a road accident, which I suspect to be a deliberate attempt on his life. I have many enemies, as News If gay professor in ‘Aligarh’ was alive today, he … News God has been very kind and has fulfilled all … behind the lens Everyone remembers SRK’s dialogues but no knows … News What! Sameer to elope with Naina in Yeh Un …