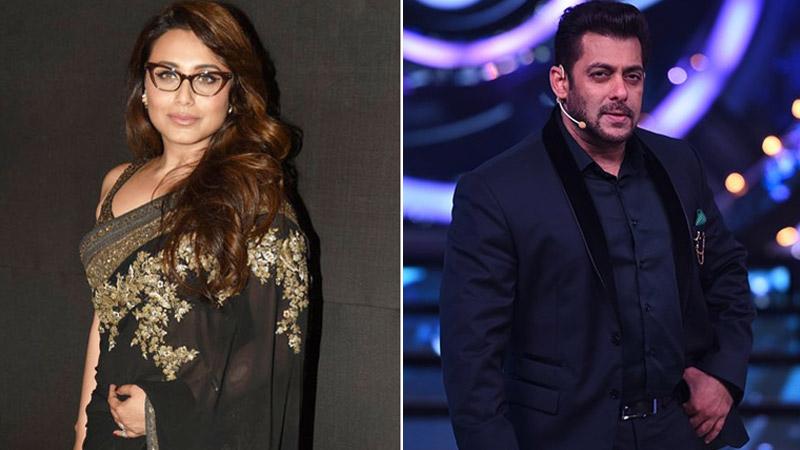 Seasoned actress Rani Mukerji, who is making her comeback to films with Hichki, will promote the film on Salman Khan‘s popular reality show, Bigg Boss 11. Both actors have worked in many blockbuster films in the past and share a cordial relationship. “Rani will be seen with Salman to promote her film, Hichki. The two have shared an amazing relationship for decades. In fact, Rani has worked with Salman in seven films so far. Rani and Salman have been extremely fond of each other for years. They are a riot together and it will be amazing to see their crazy sides on TV,” a source has been quoted as saying.

According to reports, Rani will shoot for a special Hickhi episode with Salman Khan on January 5. Colors will air the trailer of the film on the show. The source further revealed, “Knowing their equations and crazy chemistry, Salman and Rani are expected to share interesting, unknown information about themselves on this episode. Rani is expected to ask Salman to share things that he’s afraid of things that unnerve him.”

Rani and Salman have worked together in seven films, including Hello Brother, Har Dil Jo Pyar Karega, Chori Chori Chupke Chupke and Kahin Pyaar Na Ho Jaye. The audience has always liked their pairing. Keeping that in mind, it is expected that the Bigg Boss episode featuring them together will bring in a lot of TRP for the channel.

Directed by Sidharth P Malhotra, Hichki is scheduled to release on 23rd February 2018.