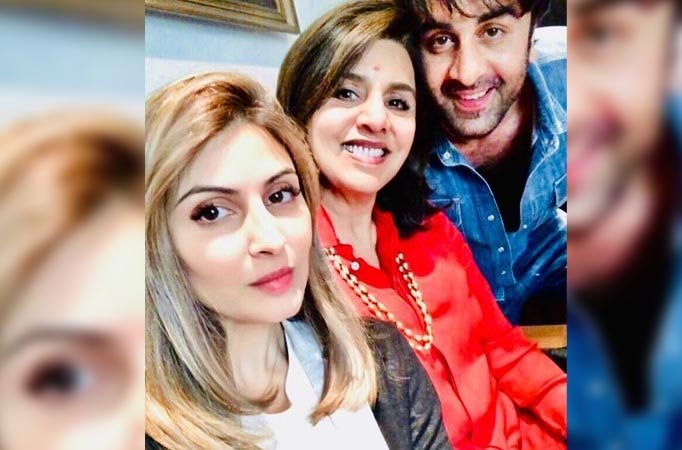 MUMBAI: Ranbir Kapoor, who is one of the most popular and handsome actors in B-town, has a huge fan following.  The actor, who has acted in films like Jagga Jasoos, Ae Dil Hai Mushkil, and Barfi, is currently making headlines not just for his upcoming films but also for his latest family picture. The actor, who will be next seen in Brahmastra and Shamshera, has adorably posed with his family. His sister and jewellery designer Riddhima Kapoor Sahni has shared a cute picture of herself with Ranbir and their mother, veteran actor Neetu Singh. The picture seems to have been clicked on Diwali but was shared on her page on Tuesday, which marks the festival of Bhai Dooj in India. Riddhima captioned the picture simply with a heart emoji. In the picture, Neetu is seen in a red kurta with a golden beaded necklace while Ranbir is seen in a blue shirt. Riddhima is wearing a white and grey top. The trio looks adorable in the picture. Take a look below: News Revealed: This character is Kalasur’s sister in Qayamat Ki …