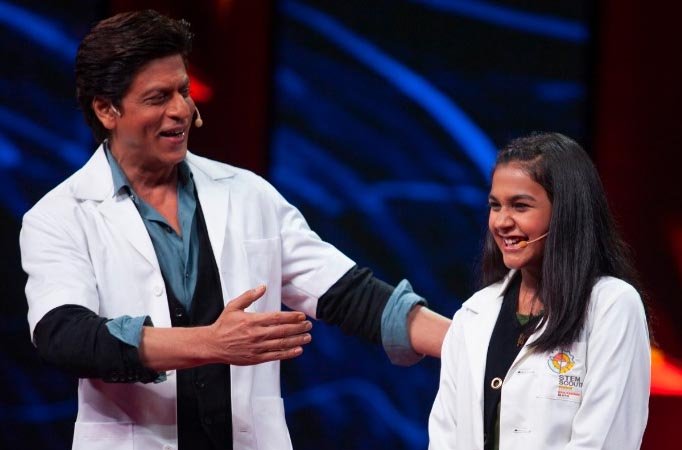 MUMBAI: After an inspiring season 1, the makers are all set to stir some interesting conversations with the upcoming season of StarPlus’ show – TED Talks India Nayi Baat. Superstar Shah Rukh Khan is returning to the small screen as the host of the show which is slated to go on-air from 2nd November 2019.Shah Rukh Khan has time and again mentioned that he has a very curios mind and loves to try new things. This time, he was completely impressed by a 13-year-old inventor, Gitanjali Rao, who believes you are never too young to create technology to help people and save lives.

Gitanjali has invented a portable device – named ‘Tethys’ – a quick, low-cost test to detect lead contamination in water. Named after the Greek goddess for fresh water, it allows a sensor linked to a mobile app to give an accurate, almost immediate analysis. She even got a chance to show her experiment on the TED platform in front of Shah Rukh Khan. She has also invented ‘Epione’ – a device News Mouni questions Salman about his BIGGEST SECRET! By now … News Amitabh Bachchan not the host of KBC MUMBAI: Amitabh … News Rohit loses trust of his team, Dipika and Jasleen … News Mreenal Deshraj calls herself unlucky in love with five …