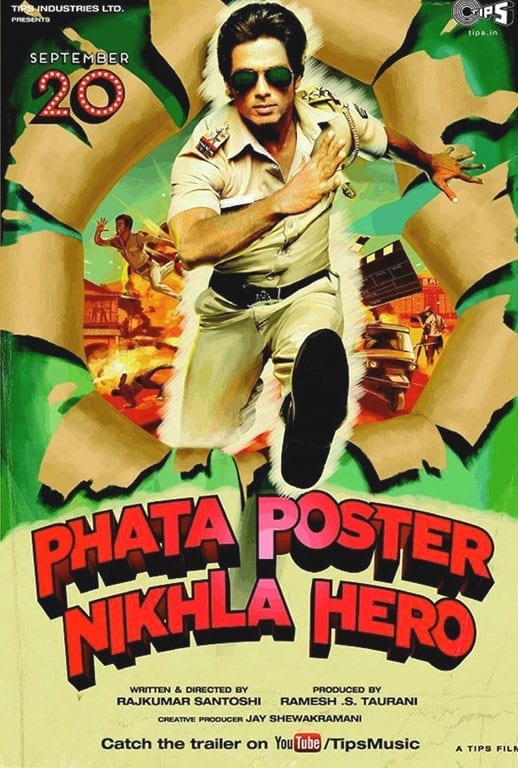 ‘Phata Poster Nikla Hero‘ starring Shahid Kapoor and Ileana D’Cruz will be released on 20th September. This film is the third one that producer Ramesh Taurani and Director Rajkumar Santoshi have done together. The chemistry between the two is fantastic and the fact that they know each other professionally since the times of 90’s has only strengthened the association.

In a recent interview Ramesh Taurni was found all but praising his director Rajkumar Santoshi. He noted an important fact that Santoshi is the only director in the industry who has made films on various topics successfully. His ventures have always been successful on box office. His past movies include genres like comedy, action, drama, romance, history and suspense. This only proves his versatility. In his recent venture with Shahid and a beautiful actress Ileana D’Cruz, he has again touched a genre of comedy.

Earlier Taurani and Santoshi had worked together on films named –The Legend of Bhagat Singh (2002) and Ajab Prem Ki Gajab Kahani (2009). Both these films were critically acclaimed and were hugely successful on box office.

Speaking about the sense of humor and type of comedy that is seen in Santoshi’s films, Taurani added that the humor is never vulgar in his films, He never resorted to double-meaning jokes and adult comedies to make his films popular. That makes his movies a family entertainers and worth watching with complete family together.