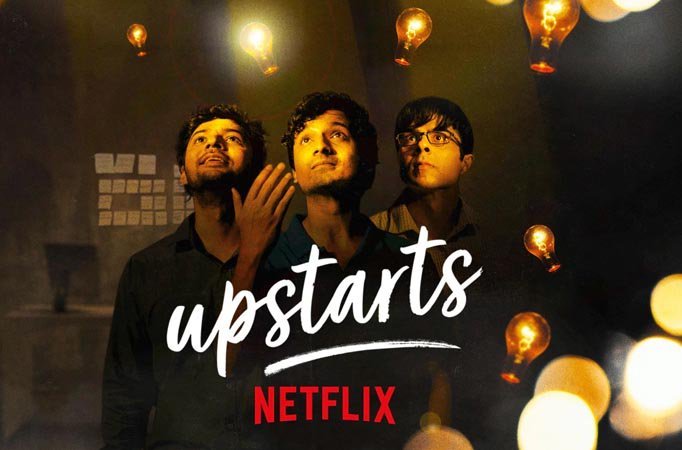 News Netflix’s ‘Upstarts’ is about struggles of establishing a startup

MUMBAI: Upcoming film “Upstarts” by Netflix is all about struggles of establishing a startup. It is slated to premier on the streaming giant on October 18.”Upstarts” will release exclusively on the service October 18, to over 151 million members across 190 countries.Produced by Bandra West Pictures “Upstarts” features Priyanshu Painyuli, Shadab Kamal, Chandrachoor Rai, Sheetal Thakur, Rajeev Siddhartha, Swati Semwal, along with well-known actor Eijaaz Khan, in lead roles.The story follows the journey of three young college graduates Kapil played by Priyanshu Painyuli, Yash played by Chandrachoor Rai and Vinay essayed by Shadab Kamal, from small-town India, who are captivated by the startup mania sweeping the country.The three friends now want to set up their own company that will change the world – while making them pots of money.The film has been directed by Udai Singh Pawar with Raja Krishna Menon as the Creative Producer.(Source: IANS) News THIS person from Hooda house is leaking information in … News Bepannah fans start #DontEndBepannah on Twitter MUMBAI: Ever since … News Zoya to SLAP Aditya as he confesses love in … News I have written a script on my cancer experience: … News Abhimanyu falls in love with Arohi in Ishq Mein … News Pippa Hughes to star opposite Sanjay Mishra in Color …