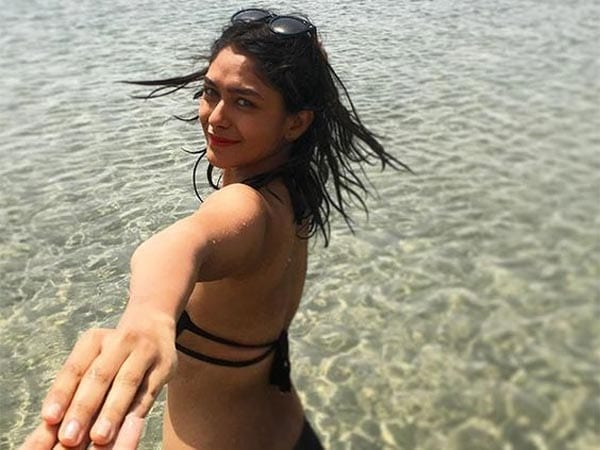 Hrithik Roshan is all set to portray the role of mathematician Anand Kumar in Super 30 and rumours are doing the rounds that TV star Mrunal Thakur has been approached to star in the film in a small role. A source close to the development opened up to DNA by saying,

“They had reservations about the length of the role, but it is an important part. It’s a great thing for a new actress to begin her career with. As for Hrithik, he has never had any reservations about working with newcomers. He was cast opposite newbie Pooja Hegde in Mohenjo Daro.”

Television star Mrunal Thakur has been approached to play in role in Hrithik Roshan’s Super 30.

Super 30 is based on the life of mathematician Anand Kumar, who sat on the hot seat of Kaun Banega Crorepati.

She’s been offered to play the role of Hrithik Roshan’s wife in the film, but the role is relatively small.

Several actresses are sceptical to give their nod as their screen presence is very limited.

Hrithik Roshan’s Super 30 is scheduled to hit the theatres on November 30, 2018.

For those who have been living under the rock, here’s …

The newlyweds Deepika Padukone & Ranveer Singh stepped out together …

Cricketers Zaheer Khan and Yuvraj Singh are holidaying in Maldives …

The #MeToo movement has taken the nation by storm! Be …

John Abraham believes regional cinema is far ahead of Bollywood …

The entire nation had their hearts fluttering when Raveena Tandon …

The much-awaited trailer of Thugs of Hindostan starring Aamir Khan, …

The teaser of Kangana Ranaut’s Manikarnika: The Queen in Jhansi …