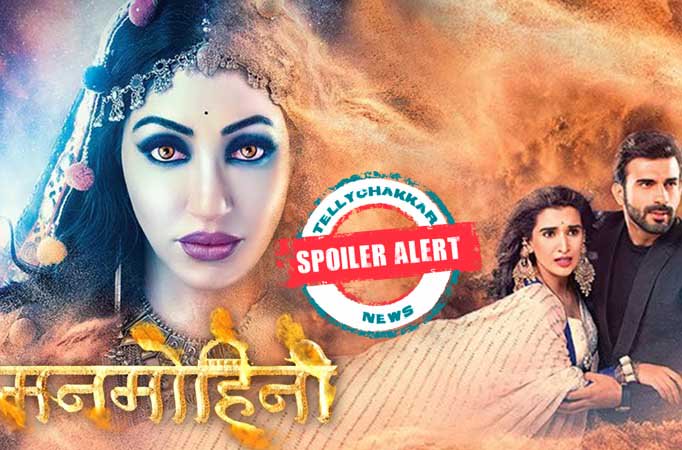 MUMBAI: We are back with another spoiler from Zee TV’s newly launched supernatural fantasy drama Manmohini, produced by LSD Films.

As per the plot, Mohini realizes she cannot hurt Siya without hurting her own self. She tries to use her bhoora jaadu on Ram to distance him from Siya.

Siya decides to keep the fast for Ram and so does Mohini. The latter’s challenge is to get ‘Ram ke naam ka sindoor’ from Siya’s maang for her own self and get Ram to feed her to break her fast.

Mohini is about to be ousted by the girl who comes to get Siya ready for Karva Chauth but deals with her in her own way.

Mohini manages to get Ram to break her fast using her bhoora jaadu illusions but is unable to achieve victory in getting his sindoor from Siya.

Devki Dai senses danger is closer than ever and prepares Ram for a fight. But during sword fight practice, Mohini uses her illusionary magic again to make Ram believe that he

News Ajay Devgn speaks up on #JNUViolence on his film’s … News Here’s what Nakuul Mehta has to say to his … News Waking up early is Aashim’s mantra to success Waking … News Salman and Deepika to work together, Anil Kapoor refused … News Farah Khan has a complaint against Shweta Bachchan and …