Home
Bollywood Affairs
Is this the end of Sreesanth and Dipika? 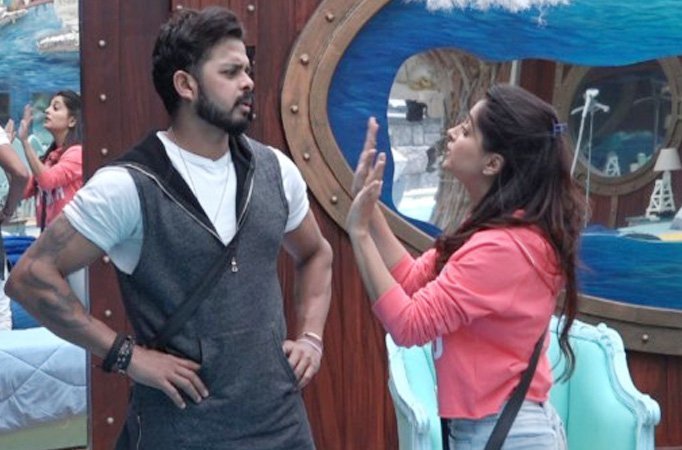 News Is this the end of Sreesanth and Dipika?

MUMBAI: Bigg Boss 12 is coming to an end soon, and this season has been low on TRPs as the audience couldn’t connect to it. But there are two contestants who have built a very strong relationship in the house, and that is Dipika and Sreesanth. They have stood by each other’s side during testing times in the house. However, they are having a difference of opinion in the last leg of the show.

In the latest promo, Sreesanth taunts Dipika that she is the channel’s favourite face and that due to her popularity, she will reach the finale with Karanvir Bohra, who has also worked in one of the most popular shows of Colors, that is Naagin.

This has not gone down well with Dipika, and she tells Sreesanth that he is not the only one who has come up in a hard way, and all the 7 contestants who have reached so far are here for a reason.

She is very upset with Sree, as she did not expect him to make that statement or believe that she is standing in the show only because of preference. As the argument News Srijit Mukherji touched by review of Uma KOLKATA: The … News Ankit Siwach to play the lead in LSD Films’ … News Kartik and Naira’s love story to start again with …