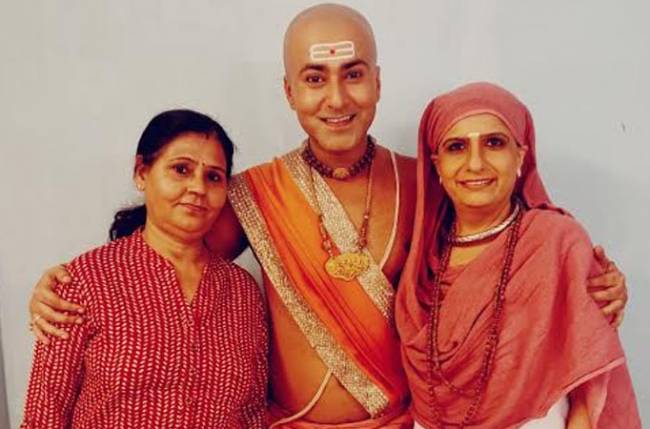 MUMBAI: Sony SAB’s entertaining period drama ‘Tenali Rama’ has not only kept the viewers entertained but has also created a special place in their hearts. Whenever the cast is out for a promotional event, they are overwhelmed on witnessing the love amongst the audiences. This has been possible because of the extremely gripping storyline and powerful characters.

The cast of the show stays committed to delivering exceptional performances in order to make their characters special. While talking about what has made the show so special all these years, the cast often exclaims ‘it is because of the characters and the bond that the actors share off- screen’, which  eventually reflects on the screen. The much loved characters of the show, Rama (played by Krishna Bharadwaj) and Amma (played by Nimisha Vakharia), share a rather special bond which helps them bring in the same chemistry on screen.

Talking about his bond with Nimisha Vakharia, Krishna shares, “I’m closest to Amma on the set and I really missed her all this while that she was not a part of the show. Amma is like part of Rama’s body – Rama is incomplete without her. I feel the same way in real life too that she is like a motherly figure for me. Whenever I have scenes with her, my performance flows naturally. We both have a really great bond off-screen and that definitely translates in our performance. Also, now that we are not shooting for a while, I miss the food she used to get from home.”

Adding to this, Nimisha Vakharia said, “Coming back to Tenali Rama felt like coming back home, to my son, Rama. I was most excited to be back with Krishna. We have such an amazing chemistry that whenever he comes in the role of Rama, I get those motherly instincts, naturally. We both improvise our scenes a lot, together. I feel comfortable incorporating certain nuances in our scenes as I know that he wouldn’t mind if I do something instantly. We usually sit togetherand talk about our performances, trying to learn something from each other. This rhythm eventually brings out that magic on screen.”