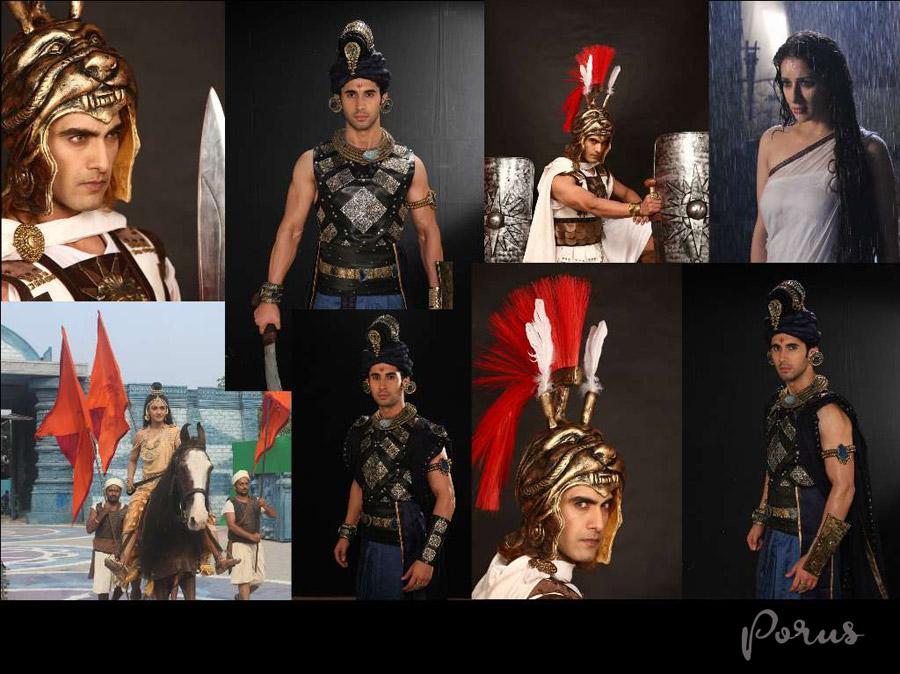 There is no denying the fact that Siddharth Kumar Tewary’s latest offering Porus has impressed one and all. The sheer grandeur of the show, combined with stellar performances have truly made the magnum opus a must watch. To add to this, the show has a Rs. 50 crore budget – a first of its kind on Indian television. This is evident from the grandeur of the sets and the costumes. In fact, the shooting of the show has also been done in style. Porus is being shot in the beautiful locations of Thailand. The entire cast and crew have been flown to Thailand for the shoot. The makers have chosen Thailand so that they could show the water-transport route.

Another plus point of Porus comes from the content and the story that it is portraying. The audience is bored of watching saas-bahu dramas and here comes something completely innovative. No one has shown this part of history before, in this way, and the subject has generated a lot of buzz. The stories of Alexander and Porus are not explored in front of Indian audience on TV. The content is brand new.

Every show does well because of the actors acting in it. They are the ones who bring life to the show. The show has an impressive cast- Laksh is playing the role of Porus, while Razia Sultan actor Rohit Purohit plays the role of Alexander. Other actors who are a part of the ensemble cast are Rati Pandey (Porus’ mother), Aditya Redij (Porus’ father), Praneet Bhat and Ira Dubey. It is interesting to see these amazing actors come together for a historical show like Porus. In fact, Siddharth, the maker, himself, is directing the episodes. He has directed Mahabharata and Shani as well in the past. Spread the loveSalman Khan is not only the favourite of … Spread the loveAfter Ranveer Singh’s back to back mesmerizing performances, …

Spread the loveFriendship of veteran filmmaker Vipul Amritlal Shah and … Spread the loveBig Magic is all set to roll the … Spread the loveNo doubt the year 2017 was the worst … Spread the loveMegastar Salman Khan is currently the most successful …

Spread the loveAnupam Kher is all set to represent the …