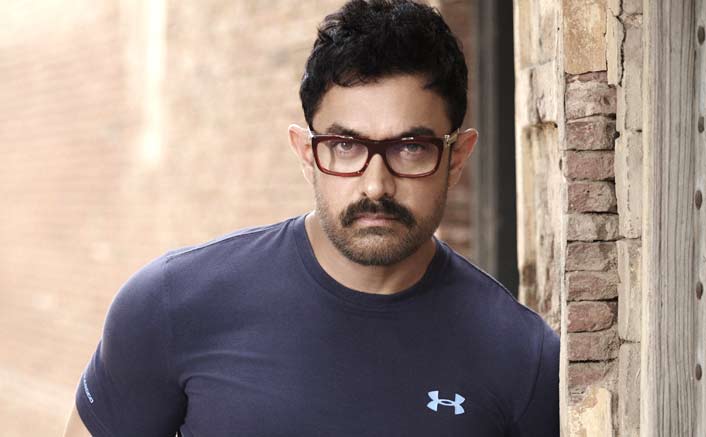 Everyone knows what a brilliant actor Aamir Khan is and there are multiple testimonies of the same in his past works.

But this year, we also know why he is much more than just a phenomenal actor, he is a creative maverick.

Late last year, he starred and produced a movie, Dangal, which told the story of Mahavir Singh Phogat, played by Aamir Khan, a wrestler who trains his daughters Geeta and Babita to be one of the first Indian female wrestlers competing internationally.

The film, front lined by Aamir Khan, broke all box office records not just in India but also showed its magic in China.

From Dangal To Secret Superstar; Aamir Khan Surely Works Like A Magician

Then came his next film this year, Secret Superstar. It was a movie about the journey of a young girl who wanted to be a singer, her mother who wanted to support her but couldn’t because of her conservative father.

Aamir Khan absolutely surprised us with a completely different avatar in this one too when he portrayed a kitsch music composer with a declining career, Shakti Kumarr. He played the character, opposite of his real self perfectly and garnered applause for it.

However, unlike his previous film, this was a small budget film, not even front lined by the actor Khan.

He just decided to pick this story, put together a team, a debutante director, Advait Chandan, one film old actress, Zaira Wasim (She played younger Geeta Phogat in Dangal), make a small budget film and empower it with his close involvement at every step which led to the cash registers ringing across the country.

The film had one the most credible names in the industry, Aamir Khan strongly backing it. Over the years, Aamir Khan has earned the privilege of attracting cinema goers to buy tickets that bear his name.

This clearly shows the immense creative power that Aamir Khan exhibits. When his name is attached to a film, there is a certain kind of expectation that audiences have. There is a high level of trust and confidence that there will be entertainment here.

In fact, we even hear of audiences who only and only step out to watch an Aamir Khan film.

That’s the magic of Aamir Khan!

As Abhishek Bachchan gears up for his upcoming film, Manmarziyaan, …

A petition has been filed in the Bombay High Court …

Bruna Abdullah knows how to let her hair down and … If you have been missing vivacious and effervescent Yami Gautam …

It’s Teachers’ Day today and Hrithik Roshan has a surprise …