Home
Bollywood News
Five South Indian films to battle it out this Pongal! 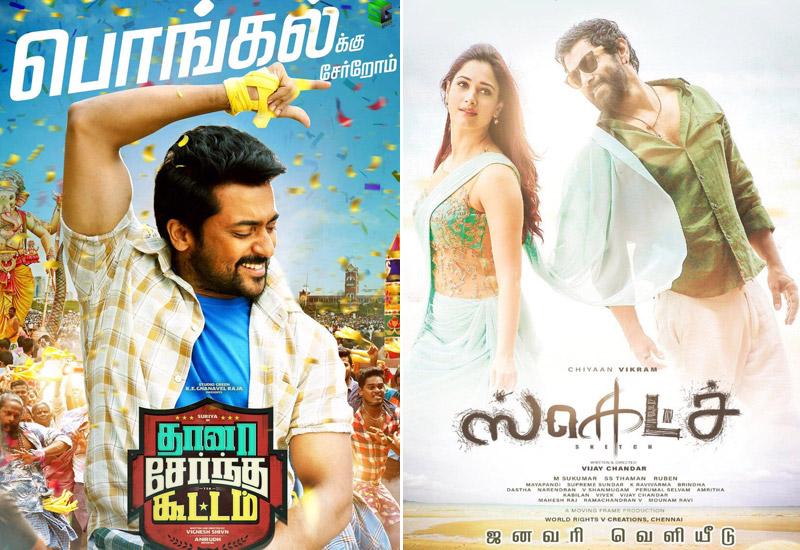 This Pongal, it is going to be a torrential rain of films at the box office down south as not two or three, total five films are set to hit the screen. In today’s times, a clash between two big films is not a new thing, but when five films enter the fray, it definitely becomes a situation to take a note of. While the audience will get a chance to choose the best to entertain themselves, the massive box-office clash is going to hurt producers a lot as each film will eat into one another’s business.

Suriya’s Thaana Serndha Kootam is one of the most awaited films of the festive weekend in January, followed by Vikram and Tamannaah starrer Sketch. Gulebagavali featuring Prabhudeva is also coming to pose a challenge to other releases. Vijayakanth’s son in Madura Veeran and Vijay Sethupathi in Oru Nalla After impressing us with a series of praise-worthy performances in … Here we bring you Rishi Kapoor’s first look from MULQ…… …

Bucket List is a debut film for Madhuri Dixit in …