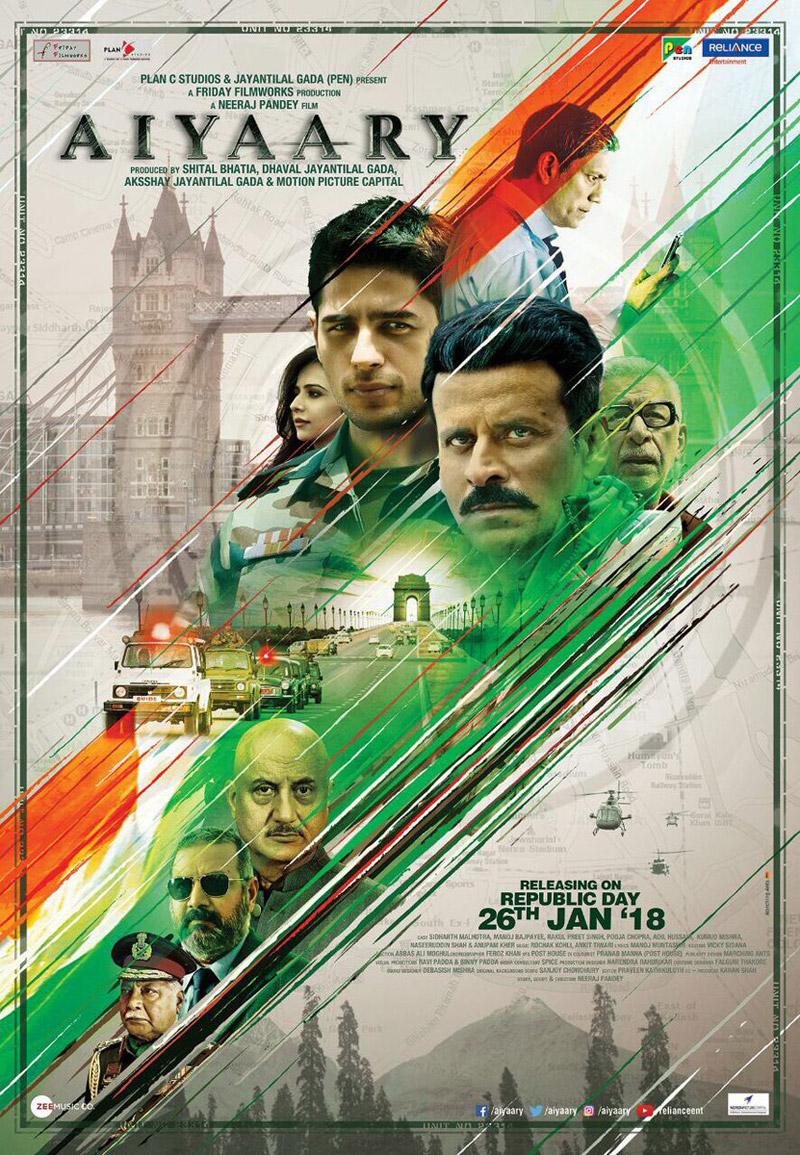 Finally, the wait is over as the makers of the much-awaited Republic Day release, Aiyaary, have just unveiled the first look poster of the film. Sidharth Malhotra, who plays the male lead in the suspense-thriller film, took to his Twitter handle and shared the first look of the film with his fans. He captioned his tweet,”#AiyaaryPoster is out now! This one is for all those who serve our nation selflessly. #Aiyaary in cinemas this #RepublicDay #VijayDiwas @neerajpofficial @BajpayeeManoj @Rakulpreet”.

Directed by Neeraj Pandey, the film also stars brilliant actors like Manoj Bajpayee, Anupam Kher, Adil Hussain, Rakul Preet Singh, Vikram Gokhale and Naseeruddin Shah in pivotal roles. In the poster, which has been themed around Indian national flag, we can see some important characters on it.

Aiyaary is slated to hit screens on 26th January and clashes with Akshay Kumar‘s Padman. Cricket and Bollywood are two of the biggest religions in …