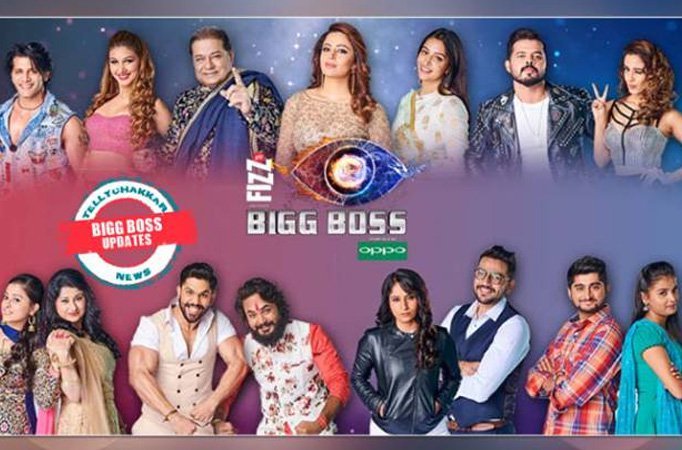 MUMBAI: The drama at the Bigg Boss 12 house is getting spicier day by day. Here are some interesting updates for the loyal audience of the reality show.

Surbhi Rana gets pissed off at Sreesanth

Surbhi Rana and Romil get extremely pissed off at Sreesanth and tell him that he has betrayed by nominating them because he had befriended them a few days back. Somi also gets angry after Shivashish nominates her. They both have a heated exchange of words.

Surbhi, Somi and Deepak take Jasleen’s case and tell her that her dad might come to the house. She gets scared and says it won’t happen. Somi then says Anup Jalota might also come, to which, she says that won’t happen, too, after the things he has said about their relationship upon exiting the house. Anup has denied their relationship, and Jasleen has got to know about it through the guests who came to the house last week. She is not very pleased with him.

Deepak Thakur sings a song as he is sitting alone on the dining table. Somi Khan, who is in the bedroom with Romil Chaudhary, tells him that Deepak was made fun of over the weekend and he sort of got a lesson. Romil tells her that she has hurt him by friendzoning him. Deepak taunts Somi by saying that many people are being fooled. Somi doesn’t like this and later tells him that she likes him only as a friend and she has told him this many times in the past. She tells him not to taunt him next time.

The contestants received gifts from their family members during the festival of Diwali but surprisingly, Karanvir did not receive any gifts from his family. It seems Bigg Boss didn’t even ask his family members to send a gift for him. His wife Teejay is upset about the same and has said that the game should be fair and it’s not done that they didn’t even ask her to send any gifts for him.

Dipika and Surbhi have a fight

In the video below, we can see how Dipika and Surbhi have a war of words. Dipika can be seen saying that she always wanted the happy club members to be nominated, and thus Surbhi starts to fight with her. News Kevin Hart refuses to apologise for past anti-gay comments, … News Deepak sings a song for Sree, Dipika and Neha … News ‘Mitron’ is important and really close to my heart, … News Kabir to bring the real face of Miraj in …