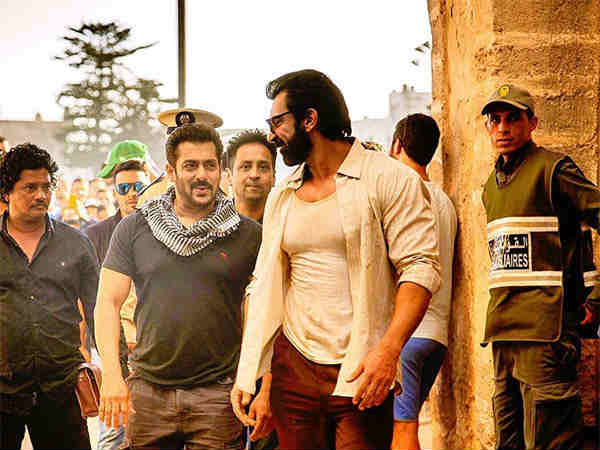 Salman Khan-Katrina Kaif starrer Tiger Zinda Hai was a perfect release for Christmas and the duo set the box-office on fire with their sizzling chemistry and high-octane action sequences in the film.

But did you know that Tiger Zinda Hai also paid tribute to PM Narendra Modi? In his recent conversation with an entertainment portal, director Ali Abbas Zafar revealed how he was inspired by how the PM handled the situation and he wanted to keep a tribute for NaMo in TZH.

He says, “When the hostage crisis happened in 2014, Narendra Modi had just become the Prime Minister of India. It was a huge crisis for the government.”

“Modi ji along with External Affairs Minister Sushma Swaraj and National Security Adviser Ajit Doval worked non-stop for 10 days to rescue all the Indian nurses held as hostage by terrorists in Iraq and brought them back to their homes, to their parents and family.”

“Not a single bullet was fired during the mission and it showed the diplomatic clout that India had to the world. This incident inspired me a lot and I started writing a fictional film on the incident which became Tiger Zinda Hai,” he added.

Ali Wanted To Keep This Dialogue In The Film

Ali further revealed, “In the film we wanted to pay homage to Narendra Modi ji. If you have noticed, during the rescue mission in Tiger Zinda Hai, Paresh Rawal asks Tiger if ‘PM sahab’ is aware of the mission. The original dialogue in the film was ‘Modi Ji Ko Pata Hai?’ as a tribute to him and the mission.”

Isha Ambani and Anand Piramal got married yesterday on December …

Shahid Kapoor is looking forward to the release of Batti …

Ishaan Khatter and Janhvi Kapoor starrer Dhadak, which is a …

Salman Khan was all set to star in YRF’s Dhoom …

We just can’t keep calm! One of our favourite Bollywood …

In the last few years, Bollywood has seen an overwhelming …

After piquing the interests of the audience with the sweet …

It is the beginning of a new era for Anushka …