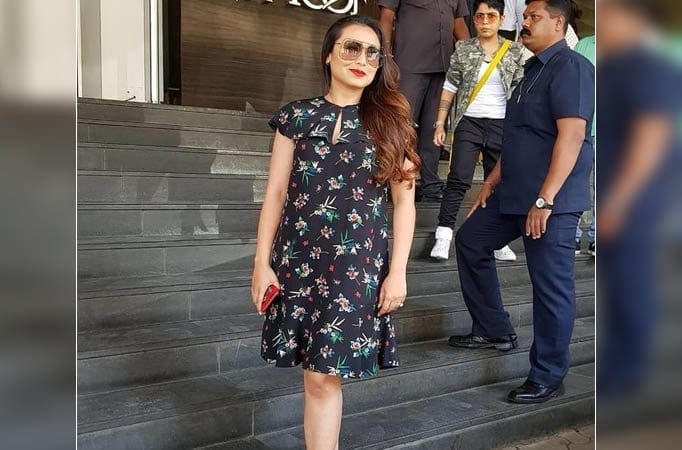 Actress Rani Mukerji on Tuesday launched the trailer of her comeback film Hichki here and said she has no issues romancing younger male actors on screen.

Asked whether her husband and filmmaker Aditya Chopra will be fine with it, Rani replied: “Why not? He is married to an actress. He has to be comfortable with it. He was not blind-folded when he married me, so yes why would there be a problem?”

Rani was earlier paired with younger actors like Shahid Kapoor and Prithviraj in films like Dil Bole Hadippa! and Aiyaa.

The actress was last seen on screen in the 2014 film Mardaani. She welcomed her daughter Adira in Features Congratulations: Hina Khan is INSTA Queen of the Week! … News From Taarak Mehta Ka Ooltah Chashmah to Ishqbaaaz, have … Features I love to party with Dheeraj and my childhood …