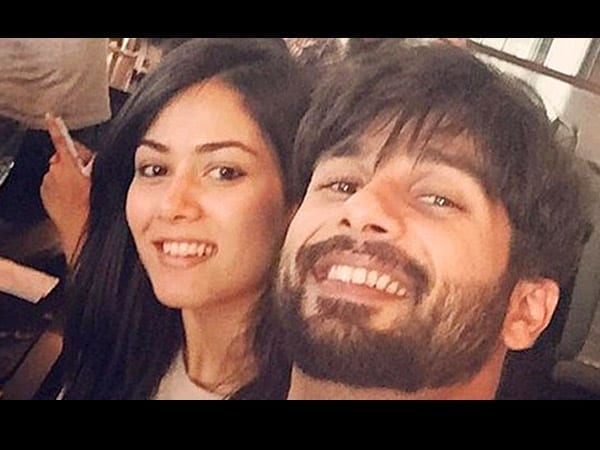 Shahid Kapoor is a happily married man and a doting father to Misha. The actor took everyone by surprise when he opted for an arranged marriage with Delhi based Mira Rajput.

In a recent interview with Elle magazine, the ‘Padmavati’ actor got candid about his love life before settling down with Mira and spoke like never before. Want to know what he had to share? Then scroll down for all the details…

Shahid Kapoor Talks About His Life In Early 20s

The actor told the magazine, ” I was cocky in my twenties, buying sports cars, dating actresses, trying to live the life. But I’m not a true-blue star. I tried to be one, and I didn’t like it. Now ‘living the dream’ is only about the films I want to do, man. Otherwise, I’m normal. What you see now is truly how I am.”

Did He Ever Fell In Love Before Marriage?

To this he replied, “I have always felt like a bit of an insider and an outsider in the film industry. And I couldn’t find someone who was simple, like me, but naturally adjusted to a life of stardom. I just didn’t find love, bro.”

Why Online Dating Wasn’t His Thing

Talking about the same, Shahid said, “A dating app came out a month or two before I met Mira, so I never got there. I wouldn’t have had the balls to anyway.”

He Thought People Would Think Of It As Lame

He further added, “People would think I’m so lame. Or they would want to date me because I’m Shahid Kapoor. That’s the reality. When you become a star, you become

During the set building process of Sajid Nadiadwala’s much awaited …

The #MeToo has taken the Bollywood by storm. It all …

Aamir Khan’s latest release Thugs Of Hindostan is thrashed by …

The wait finally came to an end yesterday when our …

We’re here with the official wedding pictures of Priyanka Chopra …

Katrina Kaif Thursday said Thugs of Hindostan is a departure …