Home
Bollywood News
Buoyed up by the success of Fukrey Returns, makers plan the next part 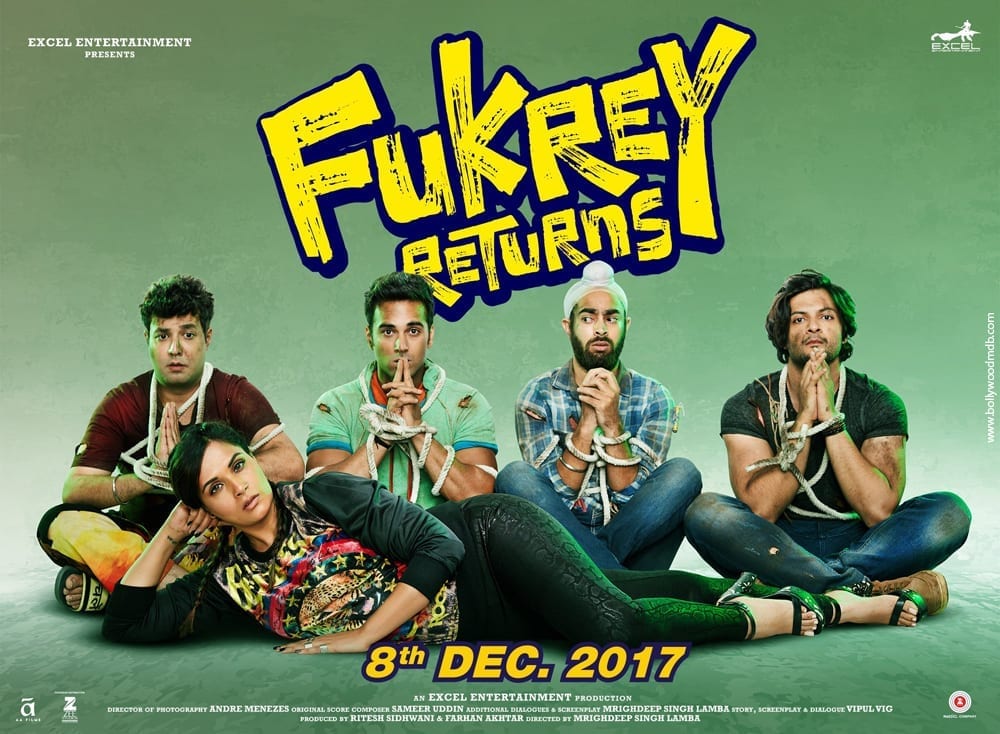 Exceeding all expectations, Fukrey Returns has turned out to be one of the biggest money-spinners of 2017 at the box office. The audience has given the thumbs up to the comic-caper and producers are laughing their way to the bank. If insiders are to be believed, the makers are so ecstatic that they want to capitalise on the stupendous success of the franchise and producers Farhan Akhtar and Ritesh Sidhwani have already given their go-ahead to the next instalment of the franchise.

Fukrey Returns, which is a sequel to Fukrey, retained the original cast of Ali Fazal, Varun Sharma, Pulkit Samrat, Manjot Singh and Richa Chadha. And, in all likelihood, they will continue their characters in Fukrey 3 as well.

A source reveals to a leading tabloid, “They will return to essay the same characters, with the same quirks. While there was a gap of four years between the Spread the loveWith the only single release next year, actor …

Spread the loveVivek Oberoi has something in his Kundali that … Spread the loveWe are just a week away from the … Spread the loveThe ‘Ishaqzaade’ duo is back on the screen …

Spread the loveOne of the leading newcomers in Hindi film …

Spread the loveThe new song of  Nawabzaade is out and …

Spread the loveFinally it’s official! The Qubool Hai pair will …