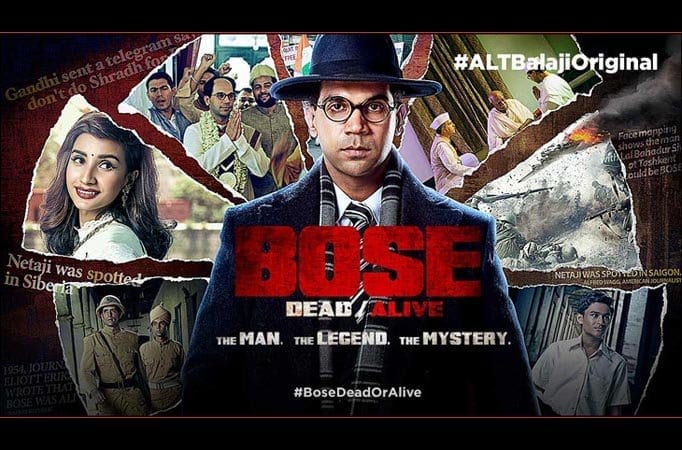 Review Bose: Dead/Alive is worth visiting

If one had to single out one actor this year for the most outstanding work in Indian cinema, it would have to be Rajkummar Rao who flitted from the flirtatious in “Bareilly Ki Barfi” to the portentous in “Newton”.

At the end of the year we saw Rao playing the much-misunderstood Subhas Chandra Bose in a series produced by Ekta Kapoor available on Kapoor’s streaming service AltBalaji.The saga, directed by a young Bihari named Pulkit with an abundance of inputs from the series’ creative director Hansal Mehta, is spread over 9 episodes of 20 minutes each. I advise you to watch the entire series in one go to fully comprehend the resonant reach of the research that envelopes the gripping tale of a freedom fighter who defied Interviews Comedy my forte but love to explore my acting … News Srishti learns that both Karan and Rishabh love Preeta … News Big twist! Kartik decides to reside in the US … News Nakuul Mehta and Anya Singh to feature in a … News Sara Khan, Karan Kundrra, and Anusha Dandekar to be …