It is learnt that one of the sexiest actress of B-town Bipasha Basu is sick these days. Thanks to the hectic schedule she has devoted herself to. She is working day in and out on projects in hand. We understand that she is working for the shoot of her upcoming movie at night. During daytime she is busy in promotional activities of her film Raaz 3.

Due to this tight schedule she barely gets time to relax. It has taken toll on her health. Her voice has gone hoarse because of continuous speaking in front of media at various press conferences.

When some reporter commented on her hoarse voice that it seems to be hot and sexy, Bipasha was quick in her reply that it is not Sexy by any means but sick. Her upcoming film Raaz 3 is set to be released on 7 Sept 2012 and it already has high expectations. She told to media that because production house of the film has chosen her instead of Esha Gupta for promotional activities as they wanted a well known face for the marketing of the movie.

Bipasha also reveals that she was not happy playing the character in the movie Raaz 3. She calls herself a happy persona who loves to meet people and not stay alone. So she just wanted to finish the shoot and get out of the character soon and start living her day to day life or may be go on a vacation.

However it seems that the production house has some different plans for her as they are keeping her busy with all the promotional events. The fights and bitching took a backseat on Bigg Boss … Salman Khan is not only the favourite of film producers, … 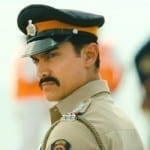