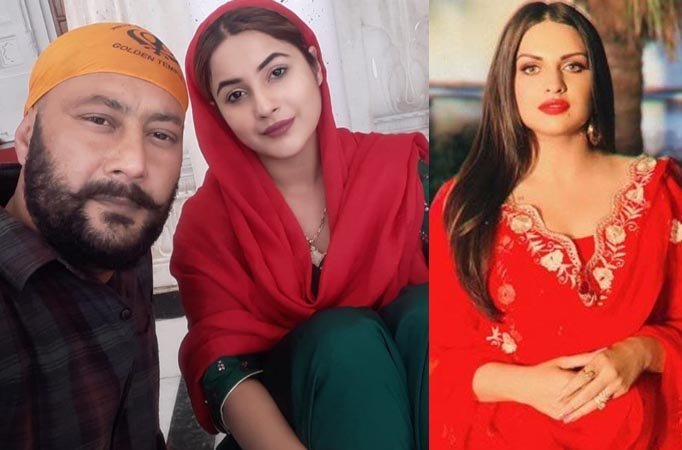 MUMBAI: One reality show that is famous for fights, arguments and controversies is undoubtedly Bigg Boss. The popular show has returned with season 13 and the dramatic episodes have kept the viewers hooked to the TV screens.  Two of the girls who are making headlines for their spat are rivals Shehnaaz Gill and Himanshi Khurana.

Fans of the show have been waiting for a lot of fireworks between rivals Shehnaaz and Himanshi. The two, who made headlines for their ugly spat over social media, were brought to the controversial house essentially so that the viewers get to know what went wrong between the two and how they behave inside in each other’s presence. Shehnaaz entered the House in the premiere episode whereas Himanshi came in as a wild card entry. Seeing Himanshi, Shehnaaz did lose her temper— but nothing much about their friction has snowballed since then, at least not yet.

Now, in an interview with SpotboyE.com, Shehnaz’s father Santokh Singh spoke about how the Shehnaaz-Himanshi spat has seemingly gone cold. “When Himanshi entered the house, Shehnaaz welcomed her but Himanshi News It’s because of Salim Khan that I became Shah … News Uma to EXPOSE Aditya in Star Plus’ Tu Sooraj … News ‘The Godfather’ actor says he lost virginity to Marilyn … News I have no conflict in mind to celebrate Christmas, … News Vicky Kaushal wins an award for his performance in … News Tujhse Hai Raabta is my first show as a … News Taarak Mehta: Sodhi to LIE to Roshan to party …