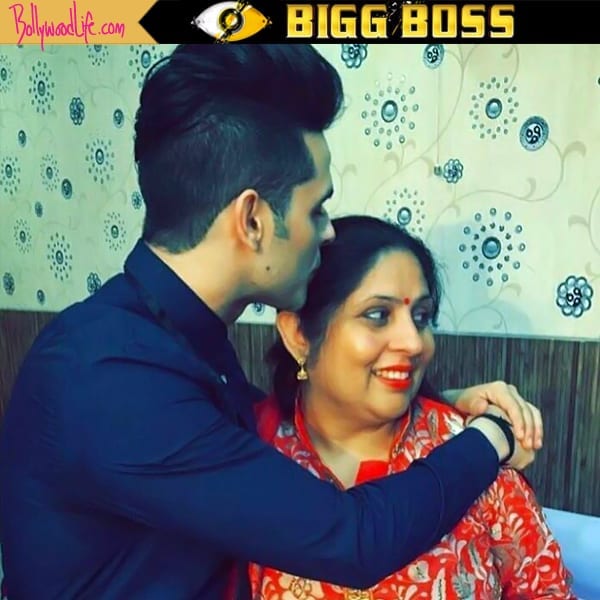 The fights and bitching took a backseat on Bigg Boss 11 last week when family members of the contestants set foot inside the house for a brief period of time. The housemates met their loved ones after two long grueling months. However, we felt sad for Priyank Sharma, who got dumped on national television by Divya Agarwal, who entered the house just to let him know that she has parted ways with him. And no this was not the worst part. After all of this, Priyank was expecting his mother to come and meet him, but that did not happen. Which is why when he saw Vikas Gupta’s mother, he couldn’t control and broke down after hugging her.

Although Priyank’s mother didn’t enter the house, but she has a message for him, which was posted on Priyank’s Instagram account. “Maa – My blessing are always with you. It’s very tough for me to see you cry but I know you’ll come out stronger than you have ever been. You have made us proud. Our prayers are with you son, play well and win hearts! 😇 #mother #priyanksharma @colorstv #bigboss11 (sic),” read the caption on the post. ALSO READ: Bigg Boss 11: Vikas Gupta’s brother Siddharth Gupta SLAMS Priyank Sharma for involving their mother in the task

Check it out right here:

Well, Priyank has been nominated along with Shilpa Shinde, Luv Tyagi and Hiten Tejwani this week for evictions. And one of them will leave the house this weekend as host Salman Khan will return to host yet another Weekend Ka Vaar of Bigg Boss 11. Who will it be? We can’t wait to find that out and to see Salman’s reaction on the events that took place throughout this week on Bigg Boss 11.

The makers of Diljit Dosanjh and Taapsee Pannu starrer ‘Soorma’ … Indian cinema is the world’s largest film industry in terms …

The wait is finally over! As promised, on 1st January …

Time for Big celebration as Tumbad an Indian fantasy film … The HumTum director has finally decided and finalised the tentative …