Home
Bollywood News
Bigg Boss 11: Priyank Sharma was really scared before wearing a bikini and the reason will surprise you 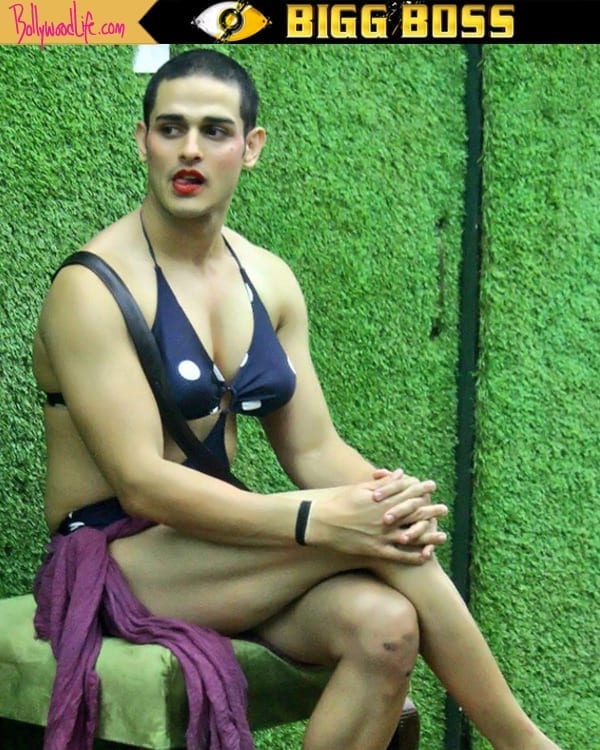 Viewers of Bigg Boss 11 will definitely find it difficult to control their laughter during tonight’s episode as Priyank Sharma will be seen in a polka dotted bikini on national television. So we know that as a part of the luxury budget task, BB Lab, the housemates have been divided into two teams. One team had Hina Khan, Priyank Sharma, Hiten Tejwani and Akash Dadlani in it, while the other team included Vikas, Shilpa, Luv Tyagi and Arshi Khan. Puneesh Sharma was the sanchalak of the task. For the first leg, Hina and her team were the robots, and the job of the opposite team was to get a specified reaction from the robots, who have to mask their emotions to stay longer in the task.

One of the reaction was ‘laughter’ and it is during this part, Luv dressed up as Arshi and imitated her and had Hina and her team in splits. For the second leg of the task, Priyank decided to slip into a two piece bikini. The pictures and videos of him are going viral on social media. But what many don’t know is that Priyank was really scared before wearing the bikini. In an unseen video on Voot, he can be seen asking Hina if he should wear the bikini and show it to Bigg Boss first so that there isn’t any problem later. It is Hina’s bikini that Priyank is wearing, so he asks her to remove it from her bag and give it to him so that he gets it approved from Bigg Boss. ALSO READ: Bigg Boss 11: Benafsha Soonawalla sides with Vikas Gupta as he makes some allegations on Priyank Sharma

He further tells her that he is doing this so that it shouldn’t get too much. Hina replies by saying that even if they want to do something in good humour, they have to think a lot. He wears the bikini and asks the cameras if it’s okay, obviously doesn’t get any reply.

Hina calls Akash in the washroom area and asks him to check Priyank and he tells that there shouldn’t be any problem because the house has posters of a condom brand, so this is nothing. He in fact suggests Priyank to stuff his behind.

Well, it was good on Priyank to check with the makers, although indirectly if it will be okay to wear a bikini on national television, but on the other hand, there are far more objectionable things happening inside the house. So bikini worn by a man should have been the least of concern, no? The big news is out peeps!! After lot’s of confusion … Newcomers Ishaan Khattar and Janhvi Kapoor are busy shooting for …

Now that a number of biopics are being made, after …