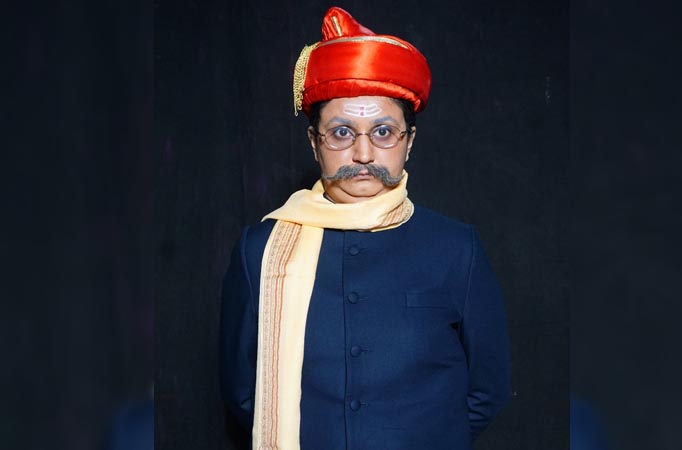 MUMBAI: Sony SAB’s Bhakharwadi is really raising the intrigue levels as the members of Gokhale and Thakkar family are committed in their efforts to bring Abhishek (Akshay Kelkar) and Gayatri (Akshita Mudgal) closer. With one such effort, Urmila (Bhakti Rathod) who plays Gayatri’s mother will be surprising the viewers with an interesting look that she takes up in the upcoming episodes.With her ongoing attempts to bring Abhishek and Gayatri back together, Urmila decides to disguise as Anna’s (Deven Bhojani) ‘Tau’, who he used to blindly obey. Unable to find where Tau is, Urmila decides to take his look and appear in front of Anna, as his illusion, to change his mind. It will be interesting for the viewers to see Urmila in this new and quirky get up.The character of Tau goes back in time and the look is surely going to impress the audience. Her entire get up incorporates quintessential dressing details of an elderly Maharashtrian man, including the dhoti, Puneripheta, tilak, bandi and the moustache which gives a lot more authenticity to this character. Tau is surely going to bring a News Colors to showcase world premiere of Padmavat and India’s … News Erica’s idea of being happy in life, Vivek’s birthday … News Anu Malik and Javed Akhtar reveal making of the …