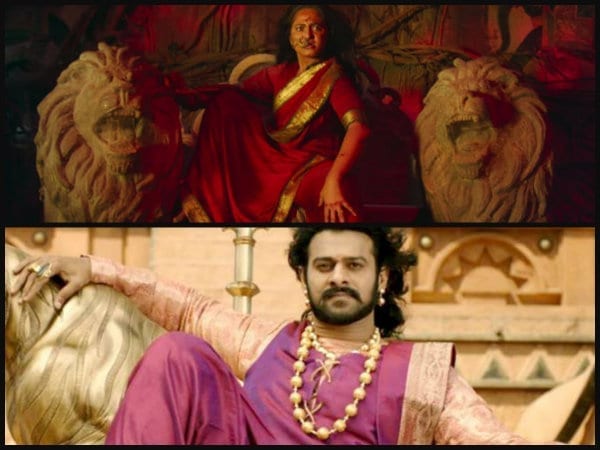 Ever since movie-goers have witnessed the fierce yet beautiful side of Anushka Shetty as Devasena in Baahubali 2, they have been waiting desperately for the trailer of her upcoming film, Bhaagamathie and here’s the good news people – the trailer is here!

The film is about a do-gooder who gets convicted for a murder and taken to custody. However, owing to some political conspiracy, she is dumped at a haunted place and since then the horror drama begins!

You must be wondering how’s Bhaagamathie trailer is related to Prabhas starrer Baahubali 2, right? Watch the trailer first & we will tell you how Anushka imitated Prabhas, in the most epic way!

We Couldn’t Ignore These Resemblances

Overall the trailer looks promising and fans are loving Anushka’s spooky avatar in the second half of the trailer. We have to wait and see to watch the film.

To play her role in Bhaagmathie, Anushka Shetty reportedly shed 18 kg and we gotta say that the actress is looking simply gorgeous in the first half of the trailer.

Trade Analysts In Favour Of Anushka

Reportedly, as per the expectations of the trade analysts, Bhaagamathie will set box office on fire – thanks to her huge fan following post the release of Baahubali 2.

On a related note, the movie is all set

Of late, Akshay Kumar’s Housefull 4 attracted a lot of …

Shahrukh Khan is a doting father to his kids. Despite …

Shahrukh Khan was said to be very close to his …

Malaika Arora and Arbaaz Khan tied the knot in 1998 …

Mallika Sherawat began her career in Bollywood with the much-talked …