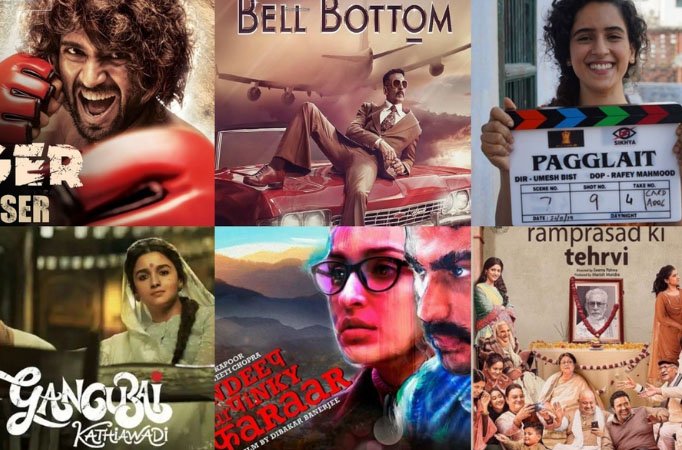 MUMBAI:  Bollywood never misses a chance to sensationalise, to gran a few extra eyeballs. This year, makers seem to have hit the idea of quirky titles. Liger to Looop Lapeta, Pagglait to Bell Bottom, and Gangubai Kathiawadi to Ramprasad Ki Tehrvi, names of films really take an unusual turn this year.

Quirky titles bordering on being tongue-twisters, of course are not new to Bollywood. In the past, the industry made Chalti Ka Naam Gaadi, Badhti Ka Naam Dadhi, Jal Bin Machhli Nritya Bin Bijli, Allah Meherban Toh Gadha Pahelwan and Dhoti Lota Aur Chowpatty (the list could be endless, really).

IANS lists some recent titles that render the films in question a dash of added audience interest.

Imagine a cross breed between a Lion and Tiger! That’s Vijay Deverakonda for you — at least in spirit, going by the title of his next film. The poster and title created a frenzy on social media upon launch. Going by the first look, it seems the reason behind the name is because the lead character is a fierce boxer. The film is all set to release on September 9.

The Sanya Malhotra starrer suggests a quirky spin to the idea

News Saina Nehwal recently shared a lovely picture with her …