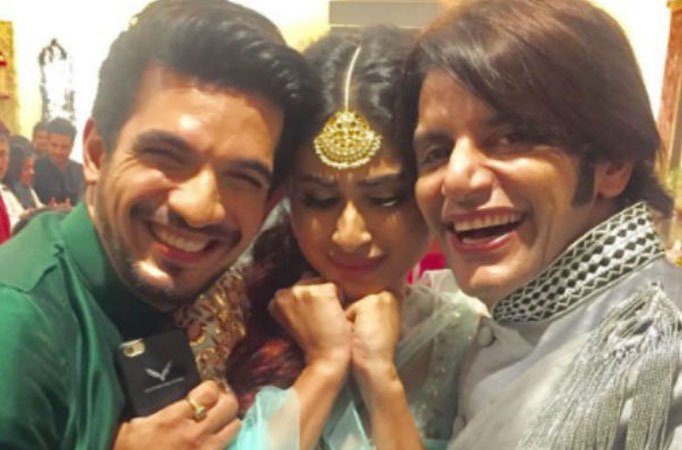 MUMBAI: The supernatural series Naagin became so popular among the audience that the makers went on to bring two more seasons of the show, and currently, season 3 is being aired.

Now, Naagin 3, starring Anita Hassanandani, Karishma Tanna and Surbhi Jyoti in the lead roles, too will soon be coming to end. To treat the loyal audience of the show, Ekta Kapoor has planned an exciting grand finale episode.

Well, since the day Ekta announced the grand finale, there have been reports that show’s earlier lead cast Mouni Roy, Arjun Bijlani and Karanvir Bohra will make an appearance in it, and Arjun Bijlani has almost confirmed the same.

The actor said to India Today, “Most probably, yes. I am still working out the dates. It will be fun to return to the sets as everyone will get together again. More than shooting, there will be fun on the sets.”

So, are you excited for the grand finale? Hit the comment section below. News Vivian Dsena and Salman Khan share something in common … News THESE are Alok Narula’s dream roles MUMBAI: Every actor … News Surbhi Chandna to play the lead in Sanjivani’s remake? …