‘It was very good’, quipped Akshay Kumar when asked to take a look back at 2017. Any resolutions for the New Year? Pat came the reply- ‘No, I haven’t thought of anything yet.’

Back from a quick gateway to Cape Town, the superstar looked at his handsome best in his new buzz hair-cut, ready to tackle the question with his witty humour in an articulate way.

Excerpts from the interview… 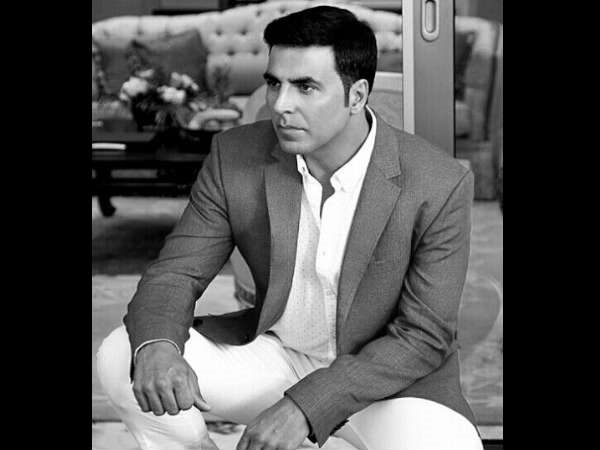 ‘There Is No Pressure On Me’

Q. Akshay, does delivering about four films a year bring in more pressure than doing maybe doing just one?

A. No, there’s no pressure. I have been doing it since last 27 years now. To be more precise, twenty-seven and a half years. I enjoy doing it. As it as, I wrap up my films in 40-50 days…i.e 4 films in 200 days and then there’s remaining 165 days. What will I do of that spare time? That’s when I end up doing advertisments, attending ribbon-cutting ceremonies or doing shows. (laughs) 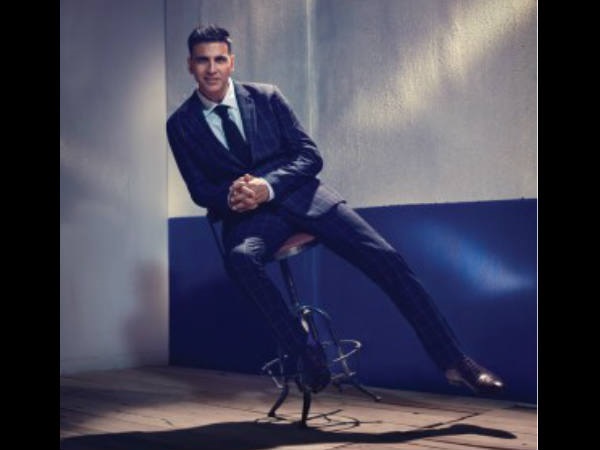 ‘What’s The Point On Focusing So Much On Defence Weapons When Your Women Are Not Strong?’

Q. Speaking about Padman, talking about menstruation cyle is still considered a taboo in our country. When did you first get to know about this process? Was it ever discussed at your home?

A. Like every household, even I wasn’t aware about the process of menstruation as it was hardly discussed. Slowly as life progressed, I discovered about it. But the detailed understanding came in about two years back before we started making Padman.

When I began working on the film, I realized that this is a kind of movie which we should bring in front of the people and tell them that menstruation is not a taboo. It’s a natural thing. Then when I meet Arunachalam Muruganantham, I realized that he cared a lot for his wife and that’s why he had invented that low-cost sanitary pad making machine. I found his life story very interesting. I loved what he told me- ‘Strong women will make strong country.’

I realized the truth in it. What’s the point of focusing so much on defence weapons when your women are not strong? It’s shocking that 82% of women don’t use sanitary pads. Either they lack the money or ain’t aware about it. They are excluded out during those days. They are made to sleep in the verandah or are forbidden to enter kitchen and places of worship.

Instead, we should celebrate menstruation or when a girl hits the puberty just like how we celebrate a New Year or festivals like Holi, Diwali. It makes the girl think that something good has happened rather than making her feel ashamed by speaking in whispers and considering it a taboo.

When I came to know more about menstruation, I thought we should make a film on this subject. I wanted to be a part of the film and produce it with my wife. I am very happy not because the film is releasing on 26th January or how much money it would collect at the box office. The best thing about it is it has got men talking about pads on social media and that’s the victory of this film. 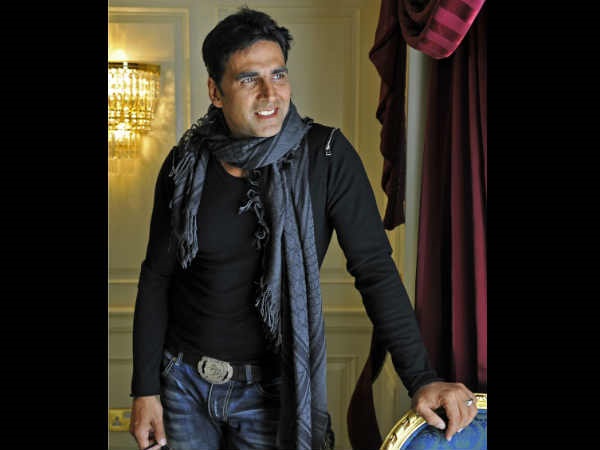 ‘Sanitary Pads Should Made Available Free’

Q. But many a times, the women in rural areas can’t afford these sanitary napkins…

A. I agree to that. According to me, there shouldn’t be any GST on sanitary pads. They should be available free.

Q. Do you think sending out a message in the form of an entertaining film creates more impact?

A. Yes, it does create more impact. When a documentary comes on a silver screen, I have seen people going out to buy food or take a loo break and then when the film starts, their eyes are wide open. 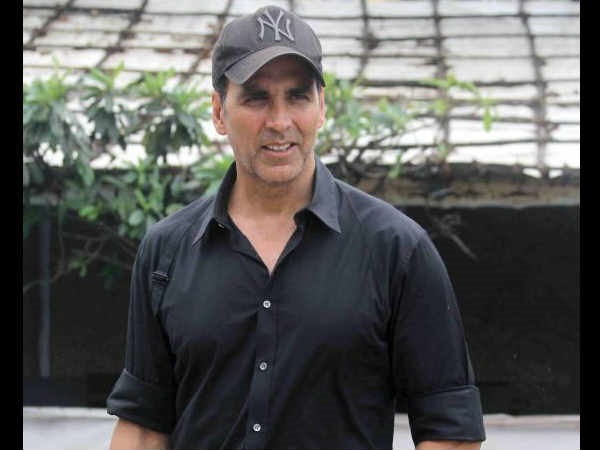 Q. When did you feel that you need to be socially responsible with the subjects of the films?

A. I always had a feeling of social responsibility but didn’t have the money to make these films. When I have the money now, I have started producing them.

Q. Salim Khan had recently said that you have evolved with your choices as an actor choices with time unlike most others and might soon leave them behind in the race.

A. It’s humble of him to say such good words. There is no rule or regulation for how to make a hit film in this industry. There is no formula for success. I don’t know about my improvement but I make sure that my one film doesn’t match the other which I am doing. I am doing Padman and then comes a film called 2.0 where I am playing the main villain and fighting against Rajinikanth. A lot of people asked me why I wanted to play a villain’s role and I told them why not? A hero will exist only there’s a villain. I liked that role and so I did it. 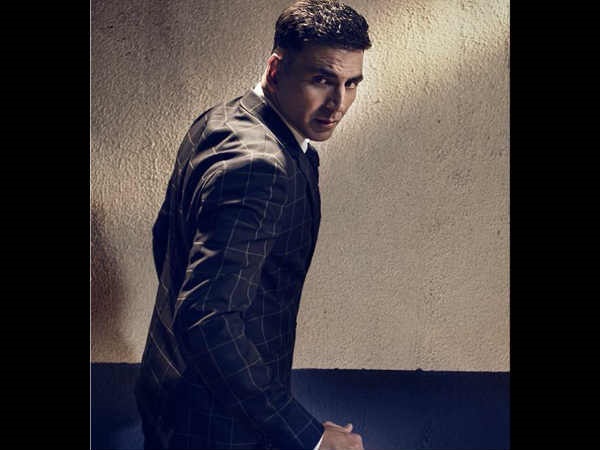 ‘I Mould Myself According To My Directors’

Q. In recent times, you have worked with many different directors including first timers. Does your approach towards the process of films change with every director?

A. I have worked with 21-22 new directors and 17 new heroines in my career. My process is that when I am working with a director, I enact and reciprocate the way he is. I mould myself according to them.

Q. After topics like open defecation and menstruation, any other social issue that you would like to do a film on?

A. Recently at a meet-and-greet session at a radio channel station, a fan sternly told me that after Padman, I should do a film on dowry. The way she suggested the subject struck me. 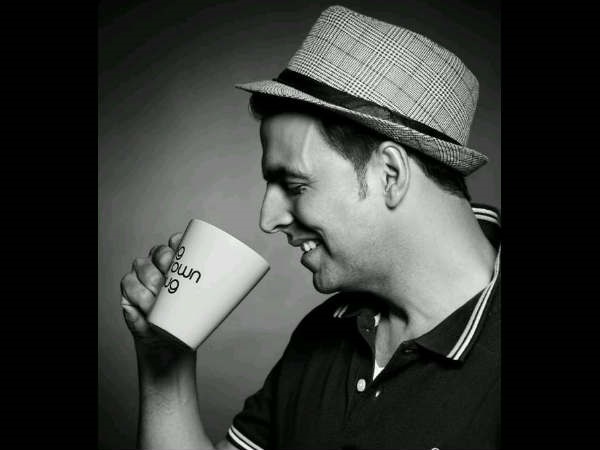 ‘Arunachalam Muruganantham Revealed That He Hates Talking To Men’

Q. Arunachalam Muruganantham is a man with a strong sense of humour. What was your take-way when you first met him?

A. I drew a lot of inspiration from him for my character. In the beginning when I tried to strike a converstaion, he would not talk to me. Later when we became informal, he revealed that he hates talking to men. He said he likes talking to women. When prodded further he said, “Sir, they (men) are very slow. They take too much time to understand unlike women.” 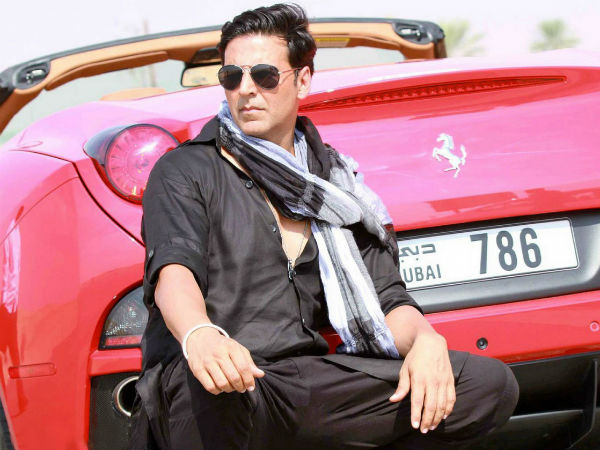 ‘The Day I Realize I Have Slowed Down & Don’t Have The Stamina, I Will Step Aside’

Q. How much do you think films have an impact on the rural population especially when they deal with a social message?

Since last one and a half years, I have been studying, thinking, reading, understanding and meeting rural women. The five days of menstruation are like hell for them. It’s not because of the periods. Instead, they are surrounded by people with so much of taboo and they speak so ill about it. There isn’t any proper hygiene for them. In schools, you have the boys teasing the girls if they stain their skirt with period blood. I was completely shocked when I came to know that in some areas, when a girl is on her periods, people say ‘her five-day test match has began’. This is their code word.

Q. You, the three Khans- Shahrukh, Salman. Aamir and Ajay Devgn have dominated Bollywood as superstars for almost two decades. Despite the age catching up, you guys are still magnetic on-screen. But after six-seven years, what’s next? Because besides Varun Dhawan, in today’s times the public isn’t going to the theatres for the actor. Instead they are being driven by stories and strong content. But there was a time when an actor used to attract the audience to a film…

A. I don’t know. I am doing my work. But the day I realize that I have slowed down and don’t have the stamina, I will step aside.

Q. What’s the latest update on ‘Mogul’, the biopic on Gulshan Kumar?

A. It’s still in the scripting stage. Yes, I am part of it. 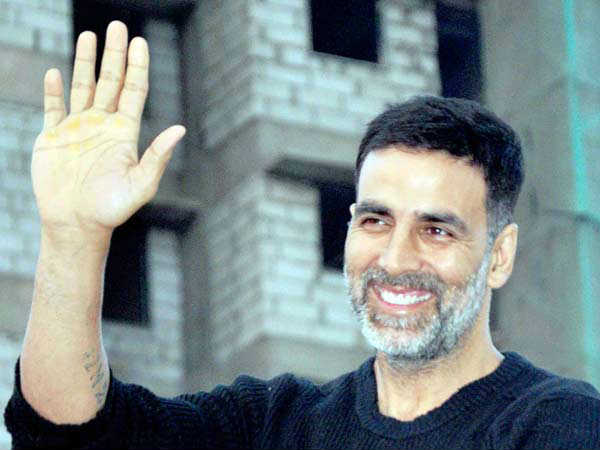 ‘A Film Works Solely On The Content & Not The Actor’

Q. Last year there was a film on the same topic (Phullu) which almost went unoticed . Do you think our industry is still driven by a star system?

A. There is no formula that a film will work only if it has a star. A small film may also do well. At the same time, a star-driven film may also flop. A film works solely on the content and not the actor. Toilet: Ek Prem Katha was made on a budget of 20-21 crores. Padman too has a similar budget.