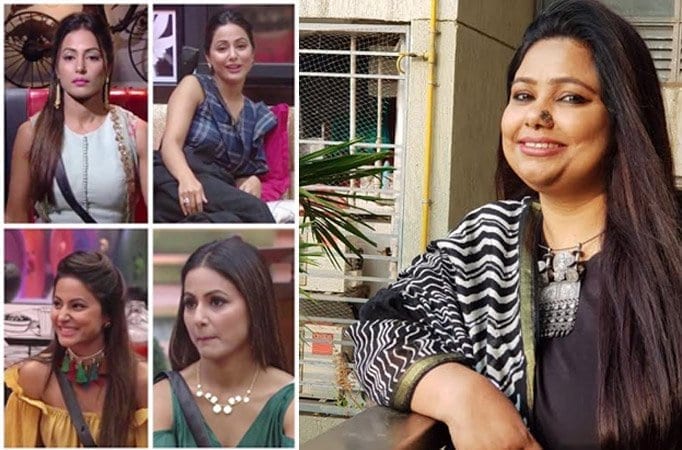 It looks like no one in the industry has a good rapport with TV actress Hina Khan. Her stint in the controversial reality show Bigg Boss has attracted umpteen hatred and criticism from across the corners. From big actors like Kriti Kharbanda, Karan Patel, Gauahar Khan to creative heads like Sandiip Sikcand, everyone has thrashed the ‘Yeh Rishta…’ fame actress. Some have taken it to the media while some have taken this to their social media profiles. The latest name to have joined the bandwagon is acclaimed stylist and costume designer Neerusha Nikhat.

It all started when Neerusha taking a dig at Rohan Mehra’s comment of ‘Hina being a style icon,’ tweeted on her wall. Neerusha leaked a screenshot of Hina Khan’s stylist Hemlata Periwal aka Hemu.

The screenshot was a broadcast sent by Hemu asking for sponsoring News OMG! Shantanu Maheshwari was denied to enter the sets … News Bigg Boss 13 will be BIGGER and BETTER. Here’s … News Don’t know why people keep approaching me for a … behind the lens CID stays in my heart: Manish Singh …