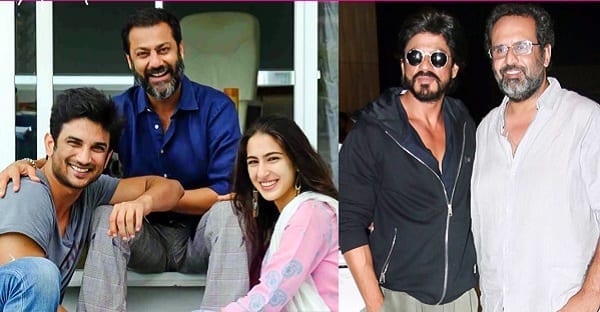 If one thing industry has learnt from the experience of the past two years is that a clash should be averted whenever possible. But, again, being home to the most number of films produced in a year, more than a single project are deemed to open on the same day, often. One of the clashes impending in 2018 is one where Sara Ali Khan-Sushant Singh Rajput take on Shah Rukh Khan, Katrina Kaif and Anushka Sharma. SRK’s untitled film with Aanand L Rai, where he plays a dwarf, is looking forward to a December 2018 release. Well, so is Kedarnath– the movie directed by Abhishek Kapoor.

Kedarnath and the Aanand L Rai film were both trying to lock on 21 December 2018 as the D-Day. While SRK and Aanand L Rai are yet to make an announcement, director of Kedarnath has made the clash official. Abhishek took to his Twitter and announced that his film is on schedule and will release on December 21. We wonder what prompted the director take on SRK. In fact, there was a buzz that both the parties are trying to come to a consensus to avert the clash. And then we see the tweet! Guess things did not work out? We won’t be surprised if the announcement of the SRK film’s release date is made in a couple of days time.

To all my friends in the media, #kedarnath is on schedule for 21 st dec 2018 🙏 #jaibholenath

Kedarnath is a romantic tale on the backdrop of a pilgrimage. The movie also deals with the Kedarnath tragedy of 2013, in which many lives were lost. The movie is the debut vehicle of Sara Ali Khan. And now with an unaverted clash with SRK film is on the cards too. We can’t be more excited about this particular film to release. But do you think it was the right call by Abhishek Kapoor to make the decision to clash with Shah Rukh Khan? We’d love to hear your opinion. Vote below!

For your daily dose of gossip, stay tuned with BollywoodLife. Mallika Sherawat is living life king size. We have talked …