Home
Bollywood Songs Lyrics
A ‘watch’ down the memory lane 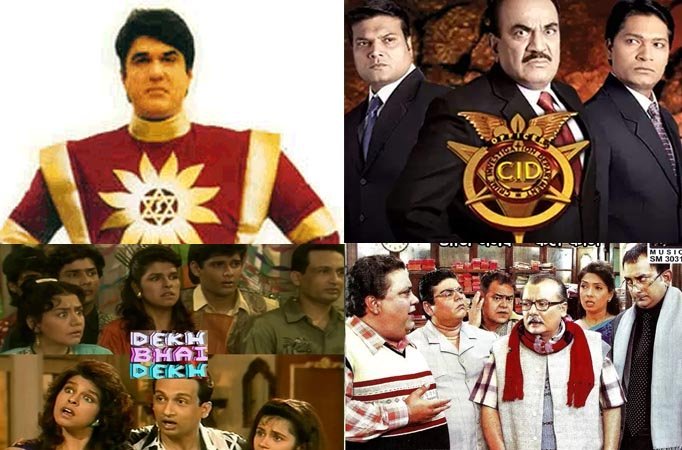 MUMBAI: As many are spending time with family playing board games, catching up on old passions and building new skills, it is also the perfect time to go back in time and binge watch some of our favorite shows of all time. Back in the good old days, our biggest to-do was to rush back home from school or work, grab the remote before anybody else could.

In a wonderful nod to the era gone by, streaming platforms have a whole lot of those old shows that will take you down memory lane. Making your quarantine worth all the laughter and giggles, here are 5 shows which you can binge watch when at home:

‘Sorry Shaktimaan’ – how many times have you said this line? We thank this serial for gifting us our favorite superhero. The show had a huge impact on the kids in the 1990s, buying the costume and embracing all the superpower just like him. He fights for crime and saves the love of his life Geeta, a reporter in his office, who refuses to recognize him without his costume on.

Back when detective shows weren’t that common, Byomkesh Bakshi showed Indians what we seemed to be missing out on. It was not only critically acclaimed but also the most celebrated detective characters’ which left the audience always intrigued. The interesting twists and the climax of the TV series often left the viewers speechless.

Talking of crime, how can we ever leave out the most iconic investigative show that ran on Indian television for over 20 years. Each episode has a new crime that the Crime Investigative Bureau headed by ACP Pradyuman had to solve. This is the series that has entertained all generations where each episode tells a different story. So, if you’re someone who loves intriguing investigations, then Sony LIV is the right destination for you to catch all the episodes of CID.

A family with all sorts of idiosyncrasies! Dekh Bhai Dekh is remembered for its classic dialogues and engaging storyline. With the best possible cast and amazing comic timing, this show won many hearts. Clashes between three generations and their simple daily life troubles made for a perfect humorous viewing.

This show focused on the corruption in the public sector, following Mussaddilal aka Pankaj Kapur’s struggles and tragedies, put together with a bunch of comedy. Mussadilal was basically all of us struggling our way through a corrupt government office. We all felt bad for Pankaj Kapoor every time he would land up at the government office and then, there would be no way out. Quite relatable! Isn’t it? Watching Office Office on SonyLIV is surely spending an evening laughing at the sheer Indianness of the situations.

These were few shows from the past that are timeless and insanely hilarious. Bring back the daily dose of entertainment and catch these vintage shows on Sony LIV and more.